It is that magical time of year where sweet corn is at its best and I just want to eat it all the time. I picked up a dozen at the Geneva farmers market over the weekend and was excited to eat it. Since corn chowder is one of my favorite soups, I could think of no better way to use it up. I also decided to try something out and make an horchata with sweet corn or what I like to call cornchata :).

I started by making a corn stock which will serve as the basis for both the soup and the drink.  I shucked the corn, discarding only the outer husk and silk.  I set aside the more tender and juicier inner husk which will be part of the stock as well. 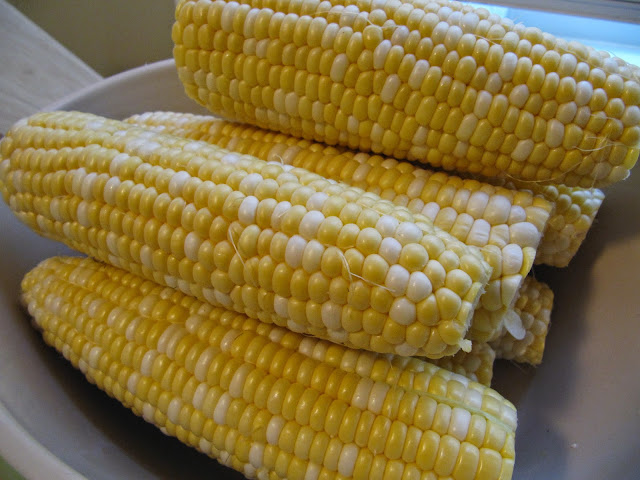 I then removed the kernels from each ear of corn.  The corn was so fresh and sweet I found myself just snacking on the kernels as I prepped.  I had to put it away so I could still have enough left for dinner. 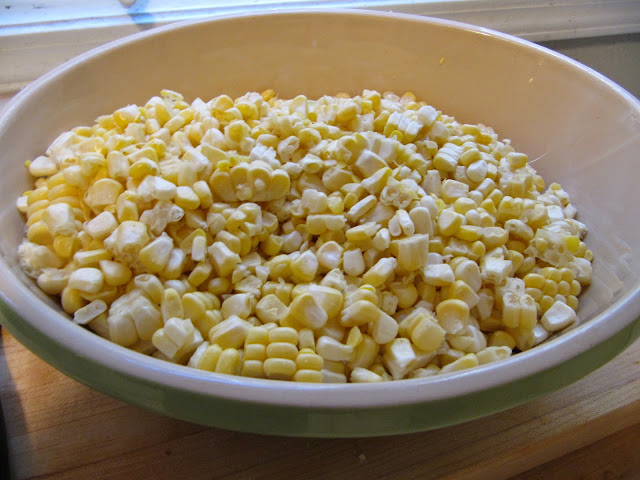 To make the corn stock, I placed all the cobs and husks in a large pot and covered with water. I let this come up to a boil, then lowered and simmered for an hour. 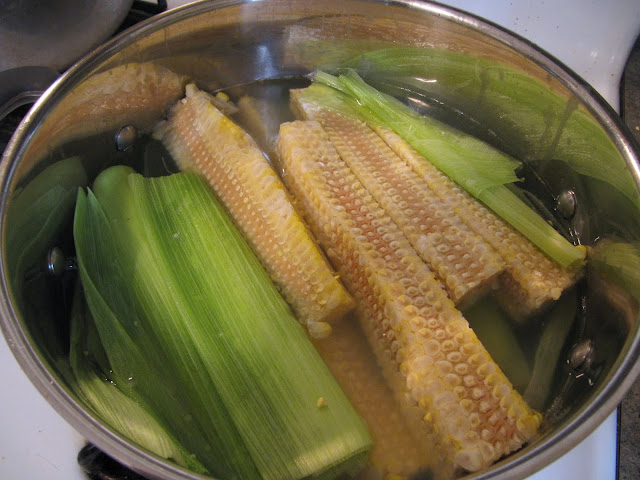 This is what the stock looks like after an hour.  It has a yellow and slightly milky quality to it.  The whole kitchen smelled amazing by the time this was done. 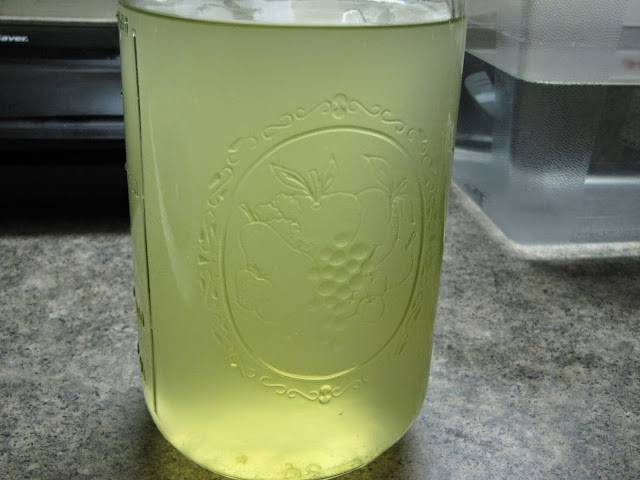 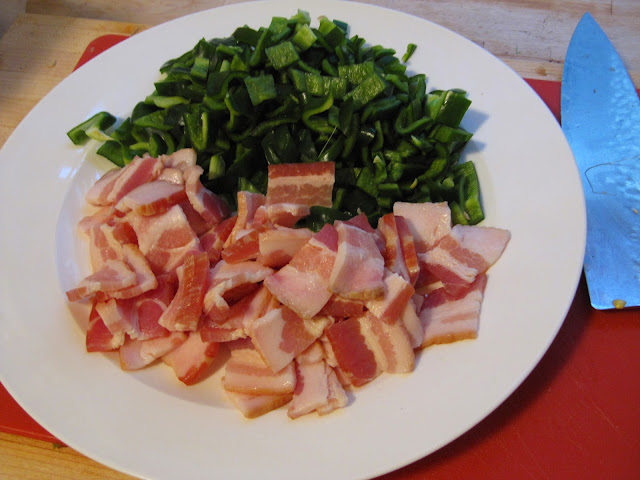 I first fried the bacon to render out some of the fat.  All of the additional ingredients will be fried in the fat as I didn't use butter for this recipe. 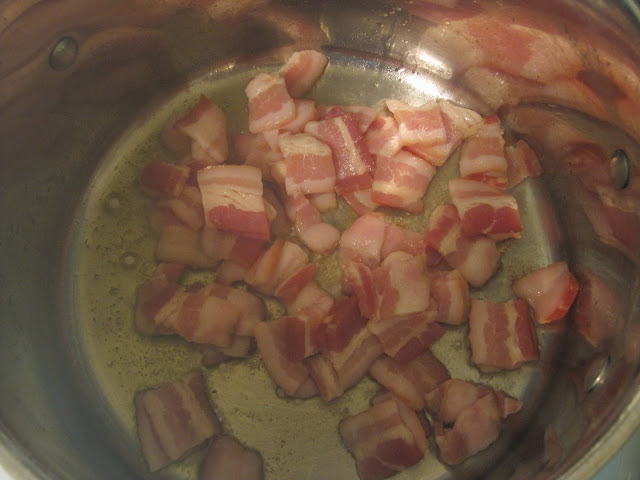 After removing the bacon, I added the onion, celery, and garlic and fried until softened. I then poured the corn and chicken stock into the pan along with the potatoes and half of the corn.  I let this simmer for about 15 minutes until the potatoes softened slightly.  I added a slurry of the milk and corn starch and using a stick blender I slightly pulsed the mixture to break up some of the potatoes and corn.  This along with the corn starch will help to thicken the mixture. 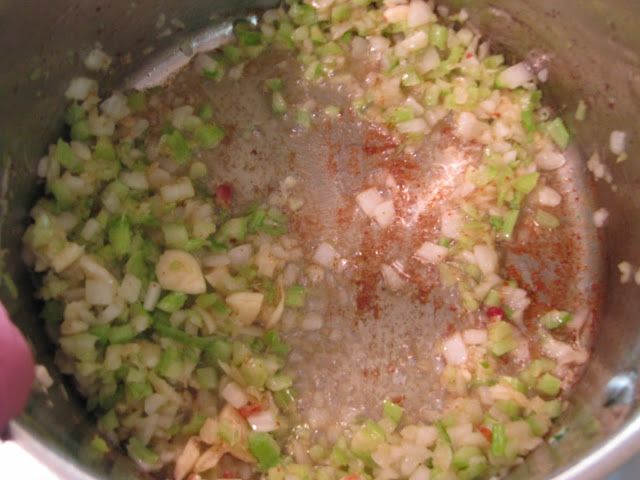 I added the remaining corn kernels and poblanos and let it all simmer together for about 15 more minutes.  Below is the finished product.  I was worried it would not have much flavor since it was pretty white after adding the milk, but simmering the remaining kernels seemed to bring it around.  The soup was delicious, slightly spicy thanks to the poblano and the kernels still had a sweet snap. 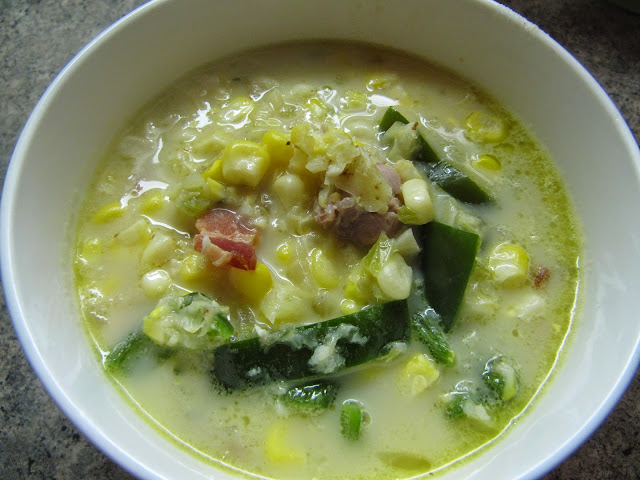 On to the cornchata! I began by taking 4 cups of corn kernels and letting it sit in the hot corn stock for about 30 minutes.  The ratio I used was 1 cup of kernels for 1 cup of stock. I then added a couple of teaspoons of ground cinnamon and began to blend.  I was eventually going to strain the mixture through a cheesecloth so I made sure to blend for a while so I could make sure to get as much corn liquefied as possible. It was at this point that I added sugar while it was still warm so that it would dissolve.  The finished drink is pretty refreshing and slightly sweet so I did this to taste, I think I added 2 tablespoons of sugar in the end. 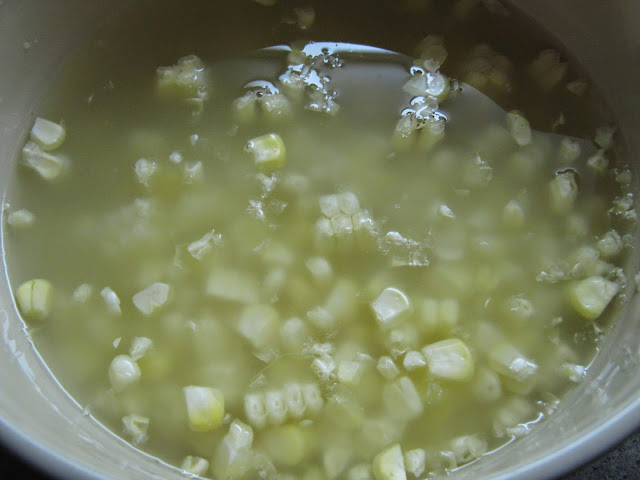 After completely blending, I strained through a cheesecloth. After letting it strain for about 30 min I wrapped up the pulp in the cheese cloth and squeezed out as much of the remaining liquid as possible. Below is the finished product, yellow and milky and slightly rich.  This was very refreshing over ice.  I saved some in a jar to try with some booze over the weekend! 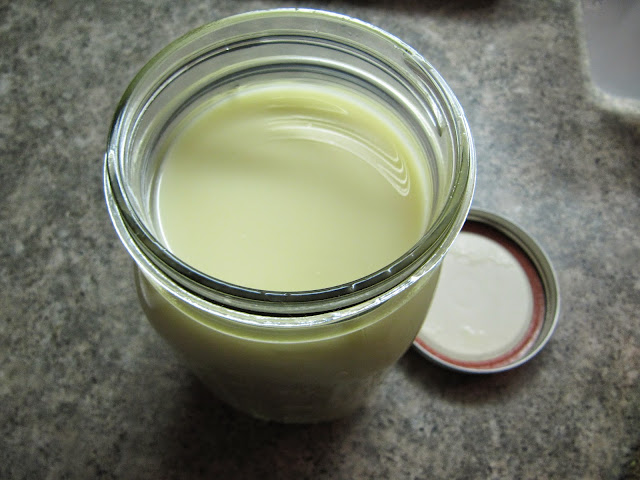