In a previous post, I made pork shoulder braised in a milk steeped with toasted ancho and pasilla chiles.  I definitely ate a lot of this as is, but I wanted to incorporate such a delicious preparation into it's own dish.  This is the result: Ancho-Pasilla Milk Braised Pork with slow cooked beans, rajas, chochoyotes, and carrot escabeche: 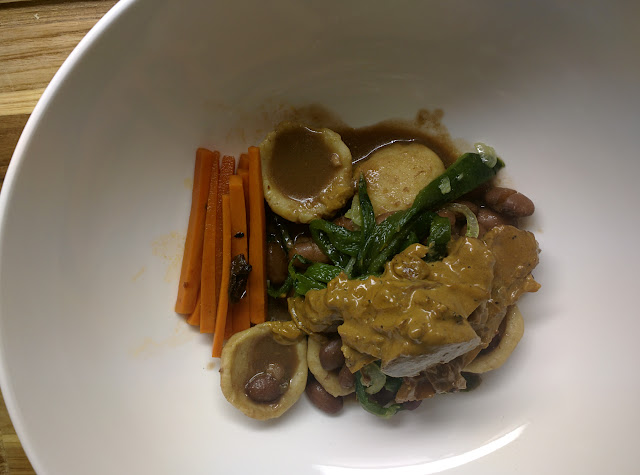 The idea for this dish centered originally on the pork and the desire to make chochoyotes with some sort of rich sauce or soup.  Chochoyotes are basically masa dumplings that are used in soups or for sopping up various delicious moles and braising liquids.  For mine, I combined masa harina, cotija cheese, and water.  Usually a fat like lard is used, I think I would add some, but the cheese provided some richness.  I took small balls of the masa and while holding them in one hand, I pressed them with the thumb of the other to give them the shape.  After this was done, I boiled in some water for a couple of minutes until they started floating to the surface.  To finish this component, I cooked through in a pan with homemade beans in its own broth. 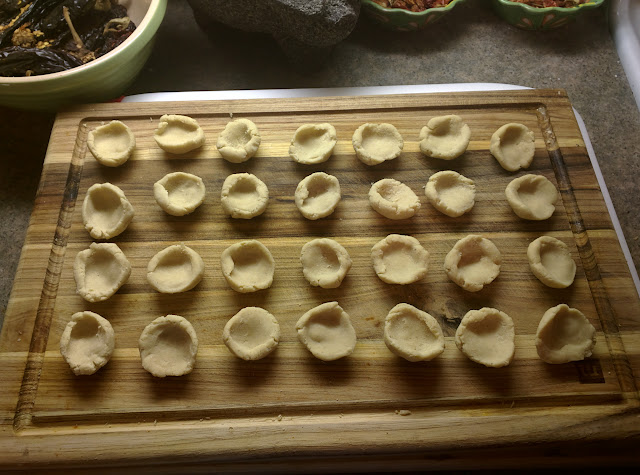 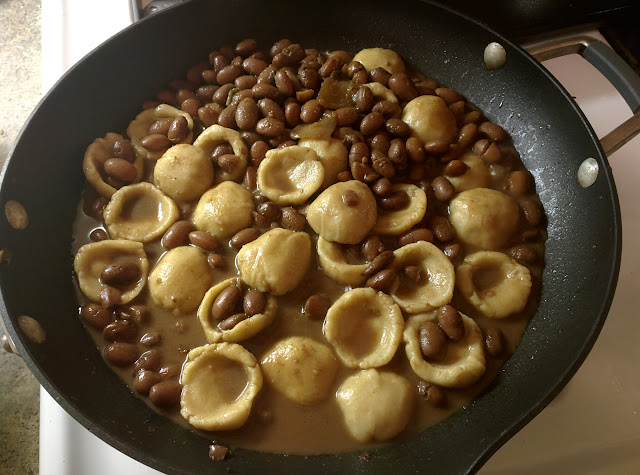 The next component I prepared were the rajas. Rajas are simply poblano peppers that are roasted and cut into strips.  I like to roast them over an open flame, turning when the side touching the flame begins to blacken and blister, like below.  After achieving this on as many surfaces as possible, I placed the poblanos in a plastic bag to steam for about 15 minutes, I then peeled them, sliced into strips and sautéed with some onion and garlic. 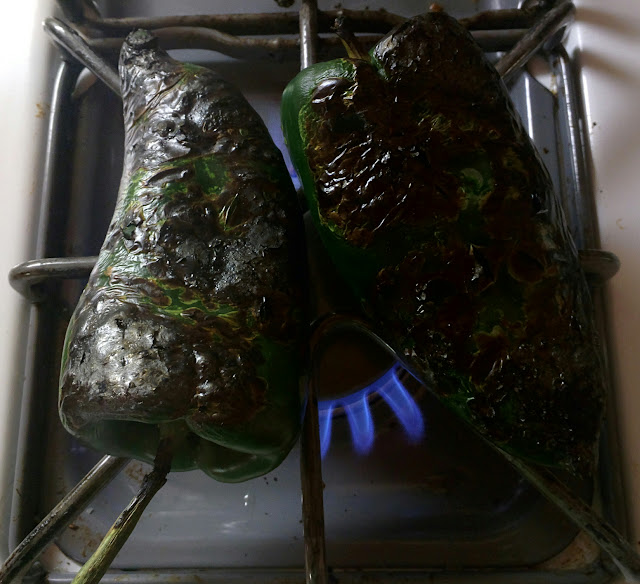 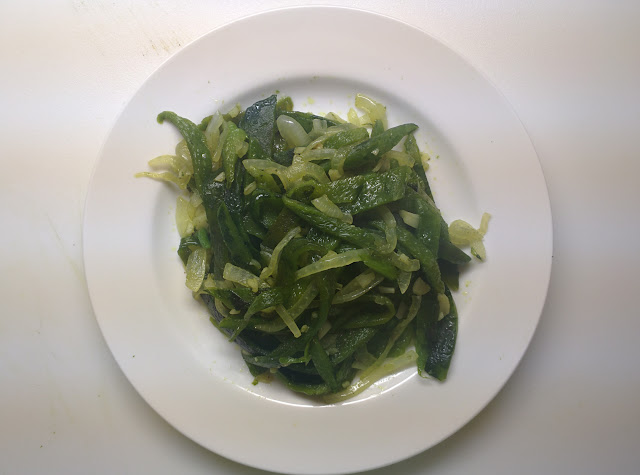 The final component involved something acidic and crisp to balance out some of the richness in this dish.  I made carrot escabeche which is a quick pickle that involves heating vinegar and pouring over sliced vegetables.  In a jar, I combined carrots I cut into sticks, garlic, and toasted pasilla that I broke up into pieces.  I added salt, pepper and bay leaf before pouring simmering white vinegar until covered.  I sealed the jar and placed in the refrigerator to cool.  This can be eaten when cooled, it doesn't ferment like regular pickles.  This is what it looked like after a day: 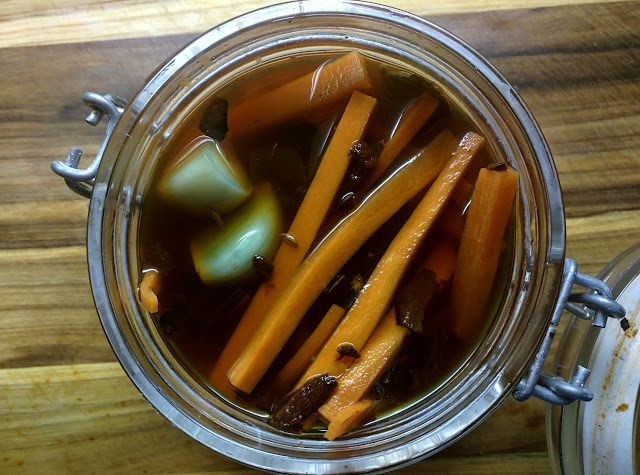 Now that I had all my parts together I began to put it all together.  I put the chochoyotes with beans on the plate first, making sure to spoon some of the bean broth over top, next the layer of rajas, and finally a few pieces of the ancho-pasilla milk braised pork from the day before.  I spooned some of the gravy from the pork over top as well. The milky gravy was delicious with all the other components and it all came together very nicely.  Finally, I placed some carrot escabeche on the side to crunch on in between bites, this worked well with the richer elements in the dish.  I was very pleased with how this dish came out and made notes on the preparation of the chochoyotes and rajas which I will share in following posts. 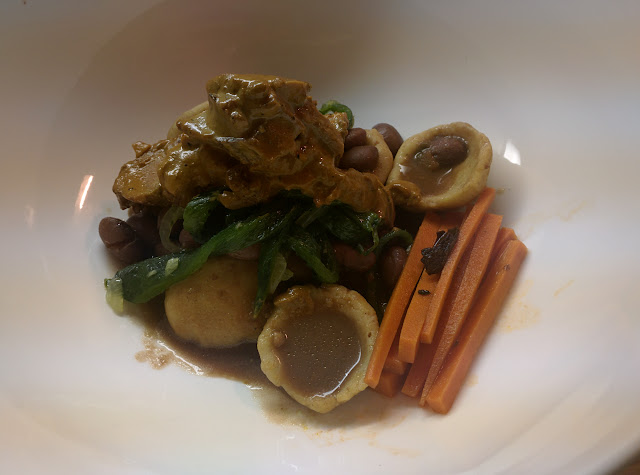 Posted by mostlybadfly at 10:57 AM