I love pork and I love coconut so obviously both together would be amazing.  I had a spare can of coconut milk in my cabinet and wanted to use it.  I initially thought of other recipes I've done which basically involve braising pork shoulder in liquid. Most recipes I found seem to incorporate ginger and lemongrass. That sounded good so I went with that. I also wanted it to be fairly spiced with cumin and coriander. I began by first adding ginger, lemongrass, chile serrano, and garlic cloves to a molcajete. 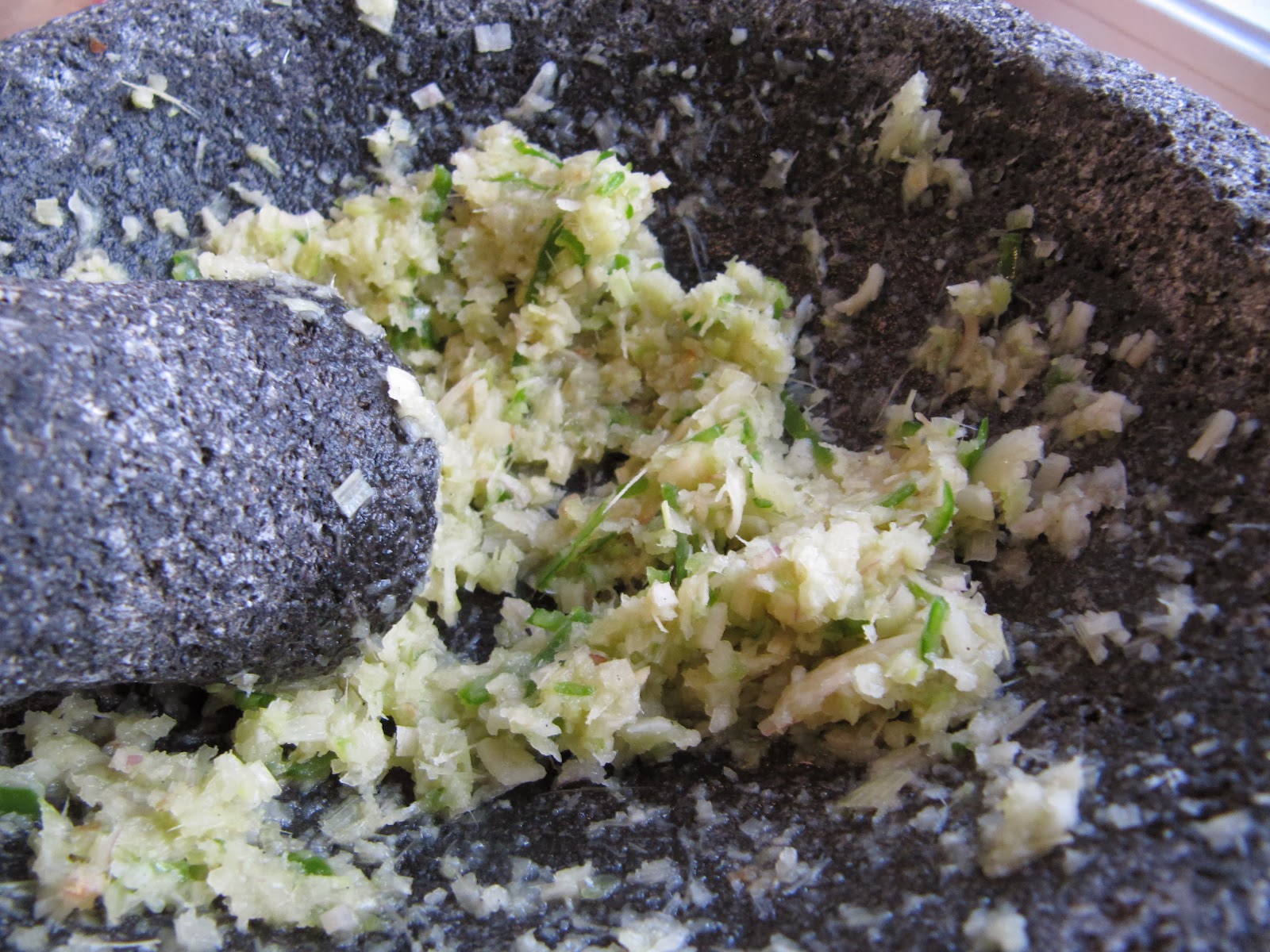 I smashed all the ingredients together until it formed somewhat of a paste. 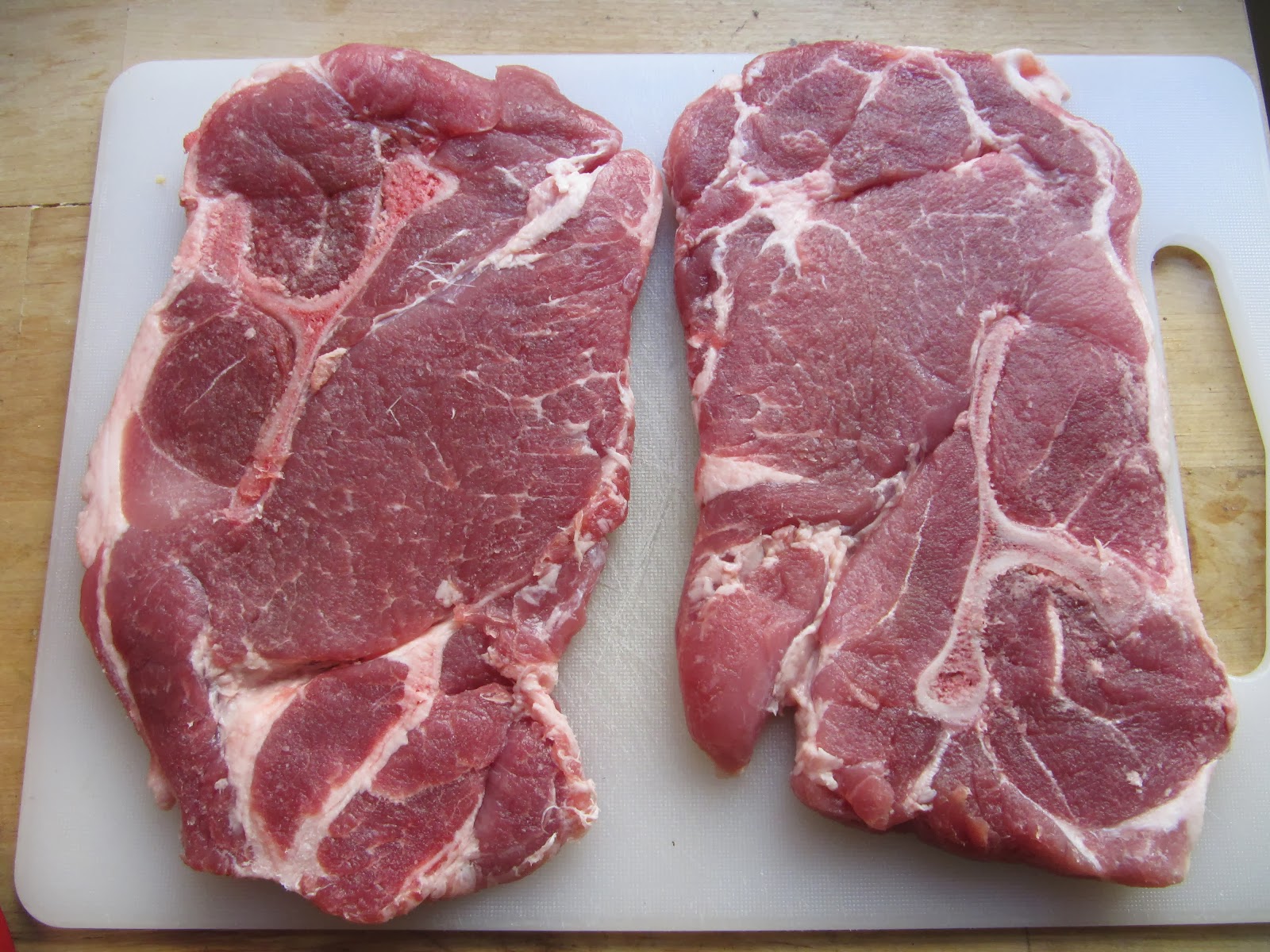 These are pork shoulder steaks.  These seemed easier to manage versus a full shoulder for a weekday meal. Adding salt to the pork steaks before browning in the dutch oven. After flipping the second steak.  I'm getting better at not checking it and just letting it get nice and brown. 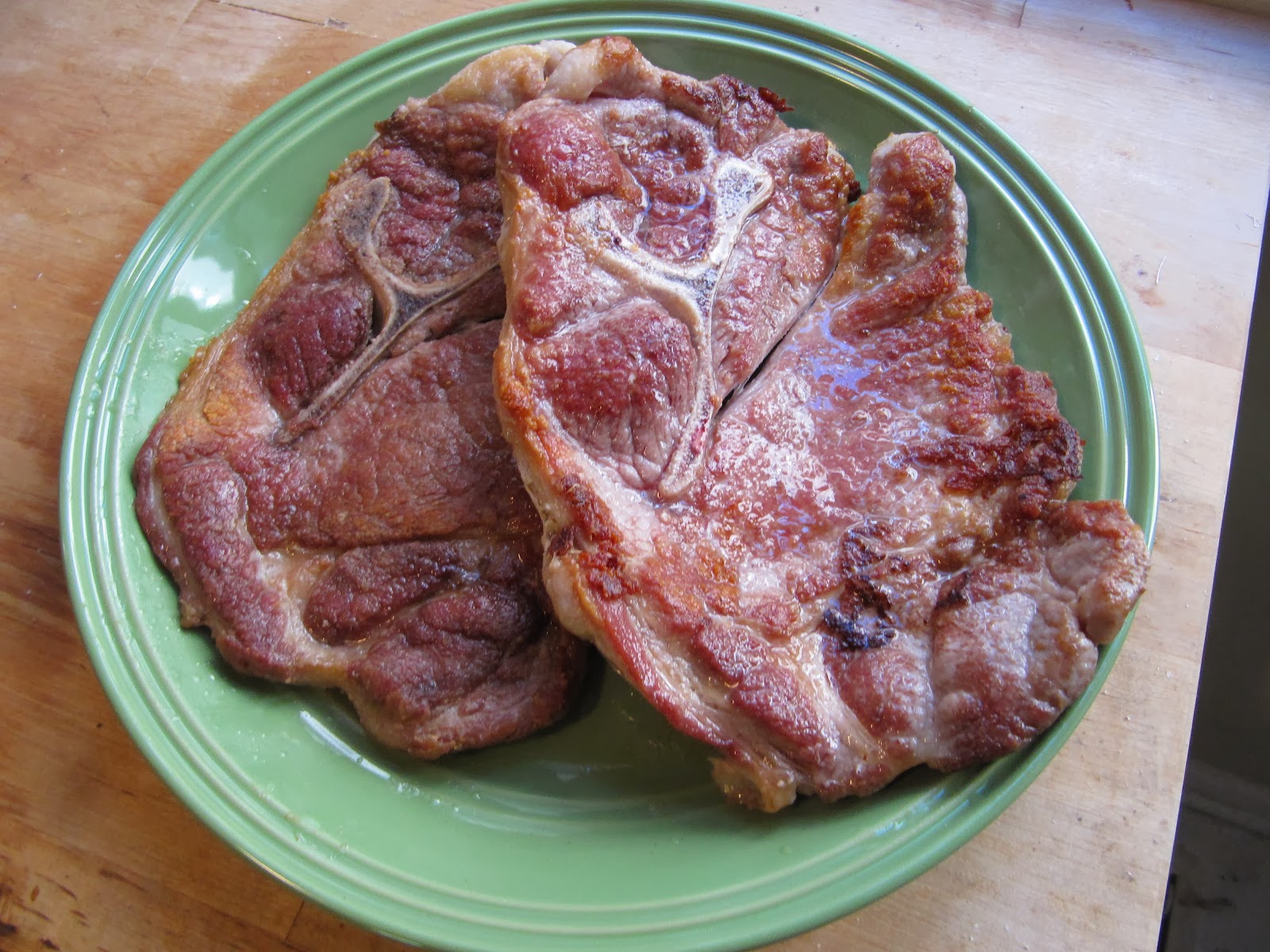 I removed the pork steaks after cooking at set to the side to prepare the rest of the stew ingredients. 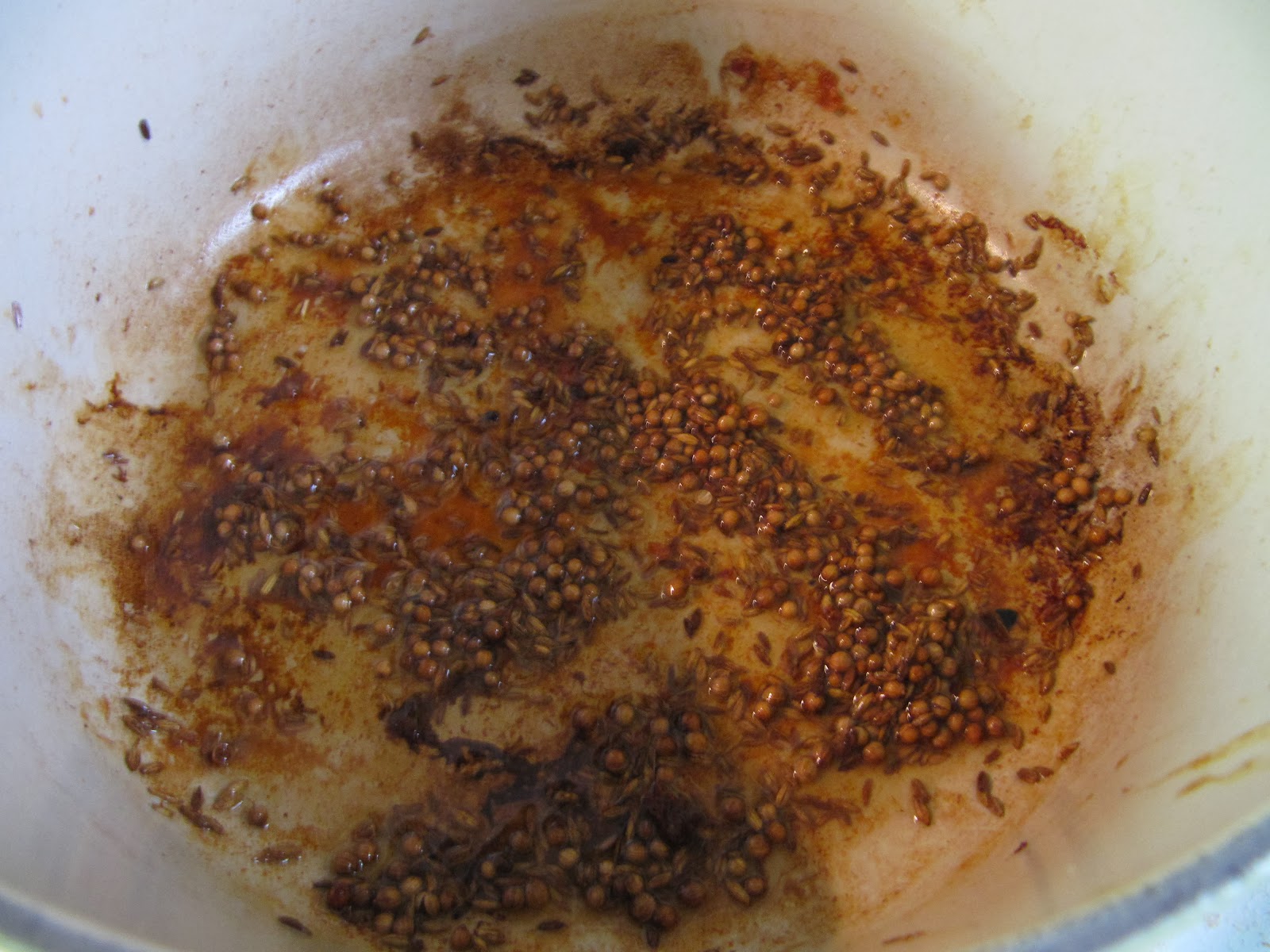 I added coriander and cumin seeds and heated through in the remaining oil and pork fat to extract the flavor. 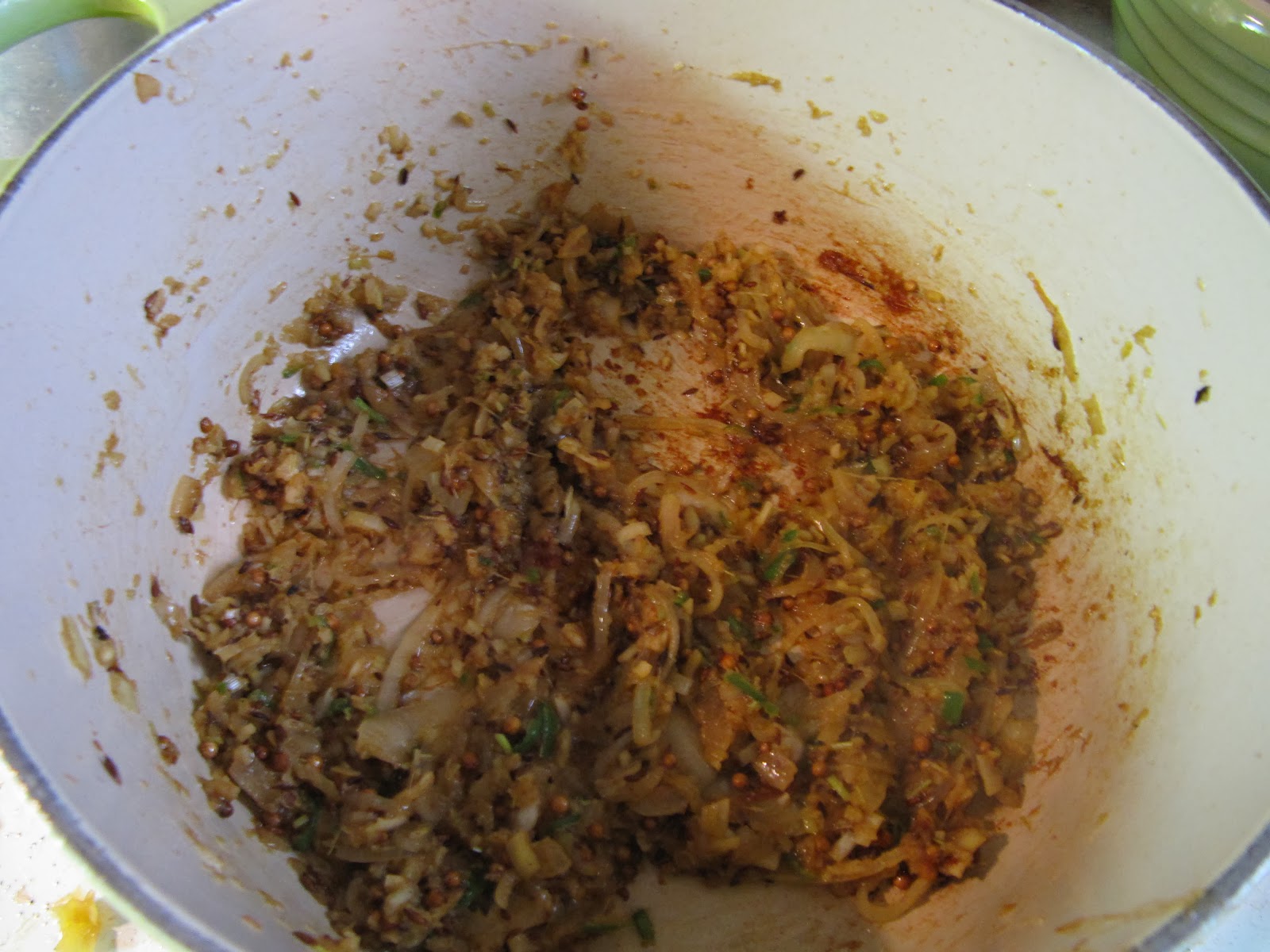 I added my garlic/ginger/lemongrass/chile paste and sliced onion to the porky spices in the pot. I added the can of coconut milk along with a canful of water and scraped the pork pieces stuck to the pan.
I placed the pork steaks in the coconut mixture then let it boil slightly before covering and braising on low. 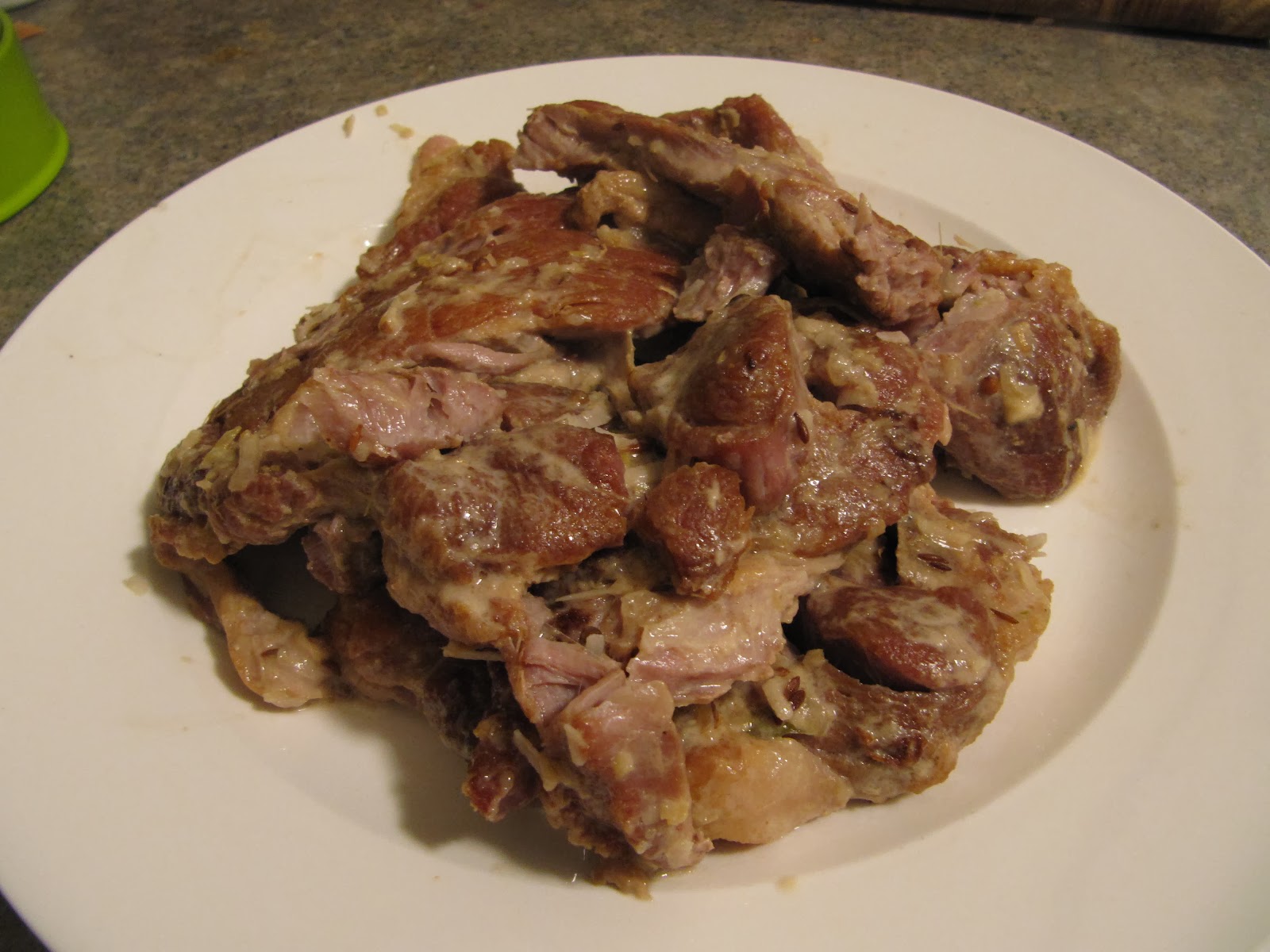 The pork was falling apart after a few hours. It was tender and and the coconut came through. Not wanting to waste the delicious porky coconut goodness, I added kale to the leftover broth. I broke the pork up into pieces and placed over rice.  I then ladled kale and coconut broth over.  The dish is rich as expected so to counteract that a little bit I squeezed limed juice before serving.  The spices really came through well and I especially the cumin coming through in the coconut milk.
Posted by mostlybadfly at 7:02 PM