I made plans to cook with my friend Andrés yesterday.  When making plans we almost simultaneously suggested carnitas to one another.  See, we have been discussing tortas for a while, and clearly one of the best tortas is a carnitas torta.  I also have a habit of getting stuck in Youtube loops, watching carnitas making videos.  I was craving carnitas and was inspired to make them.   From what I've seen and learned, carnitas are basically confited pork that is simmered in lard for a couple of hours. For the carnitas, I chose to go with pork shoulder, belly, and hocks.  The shoulder provided most of the meat while the belly and hocks had additional fat, skin and connective tissue that can break down and add flavor as well as texture to the carnitas. I cut the meat up into large chunks and then rubbed with lime, salt, and pepper. I let this sit for about 2 hours. 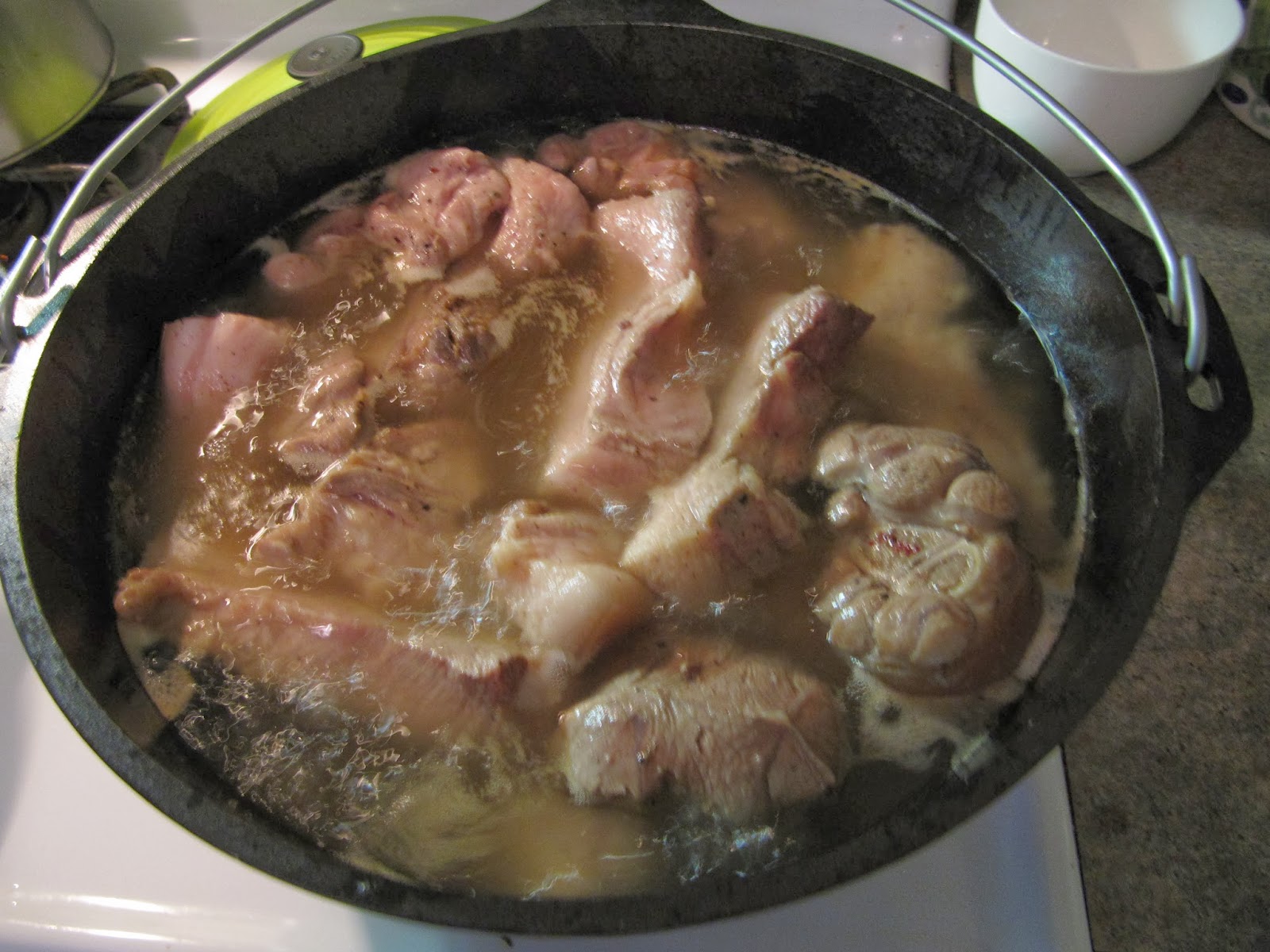 In a large wide pot, I melted lard and let it get hot enough so that when the chunks of pork start sizzling upon contact.  I didn't have a thermometer so I just tested with a smaller piece of meat and let it slightly smoke on the surface. For what was about 6 lbs of meat, it took about 3 lbs of lard.  The idea is to have the pork just bare submerged under the fat. I let this go on high for about 5 minutes before lowering to medium. 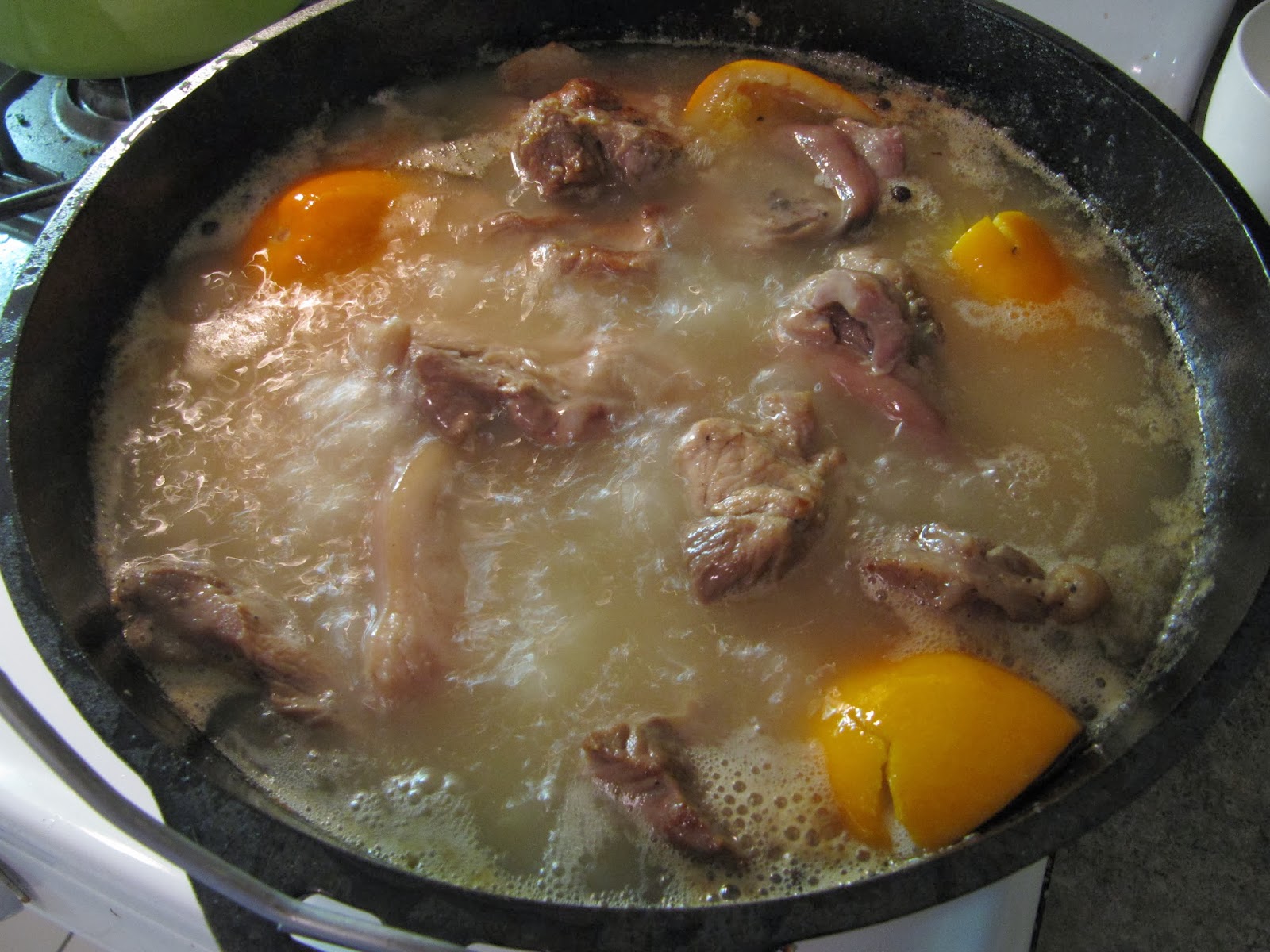 At this point, I squeezed the juice of two oranges to the pot.  I left the orange halves in the pot and also added garlic cloves, canela, allspice, and bay leaves.  After adding these ingredients, the pork was left to simmer at medium low for 2 hours. 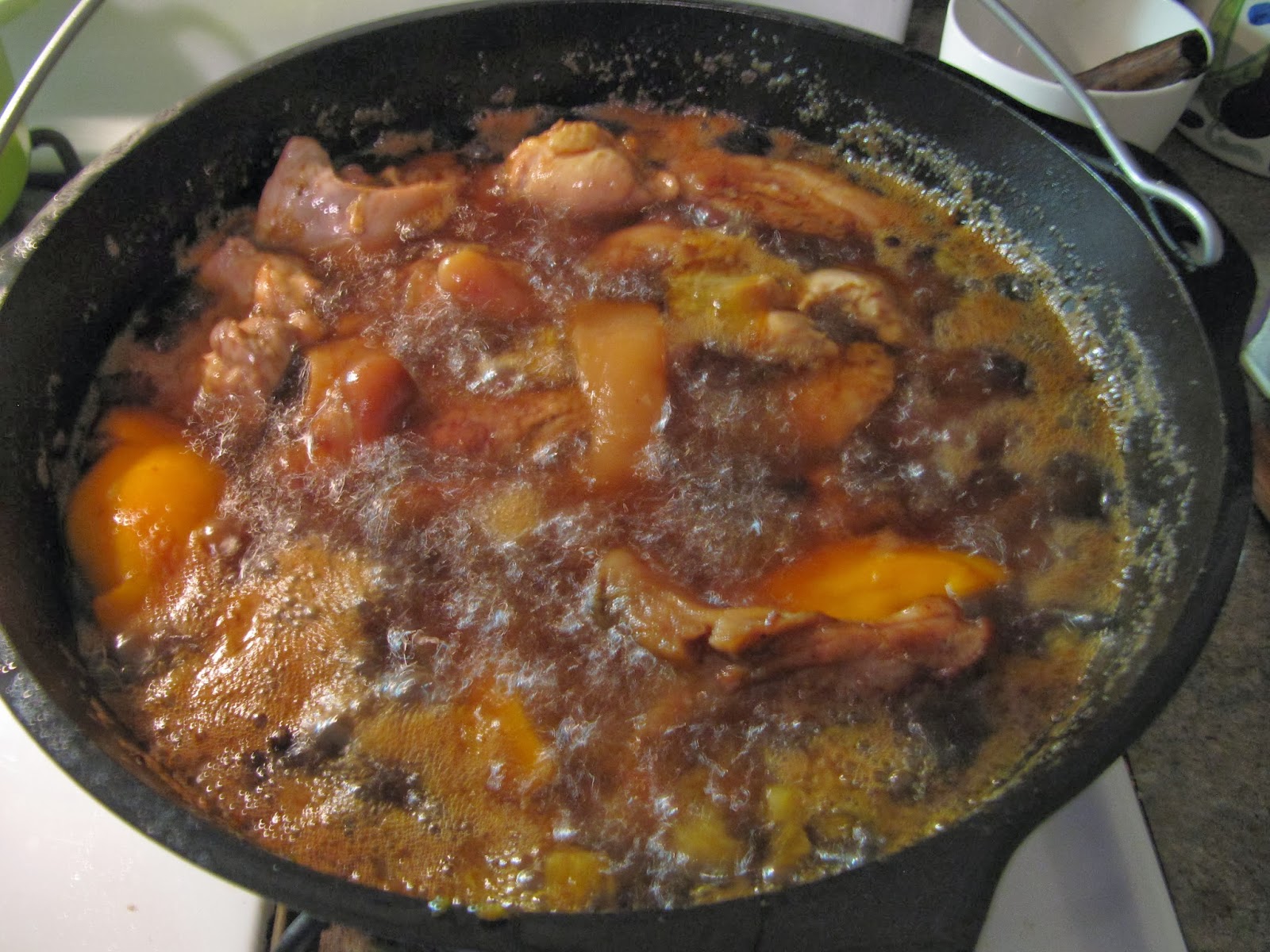 At this point, the meat was tender and soft to the touch.  I raised the heat to medium high to let the pork crisp up a little and get more brown. 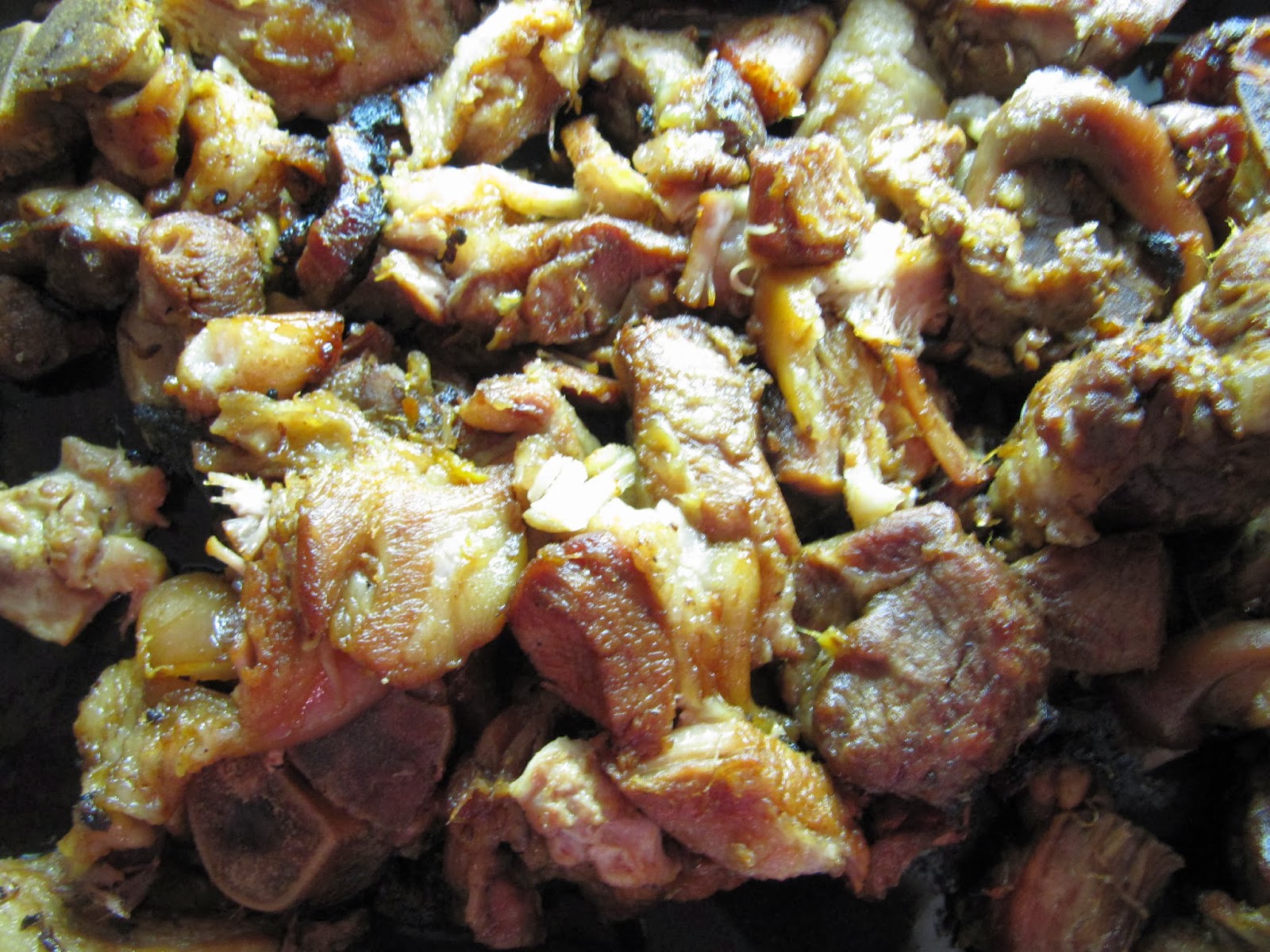 The pork was very tender and fatty.  The skin from the belly and the hocks cooked down and softened. I cut this up and mixed it in with the meat from the shoulder, so there was a nice mix of textures. 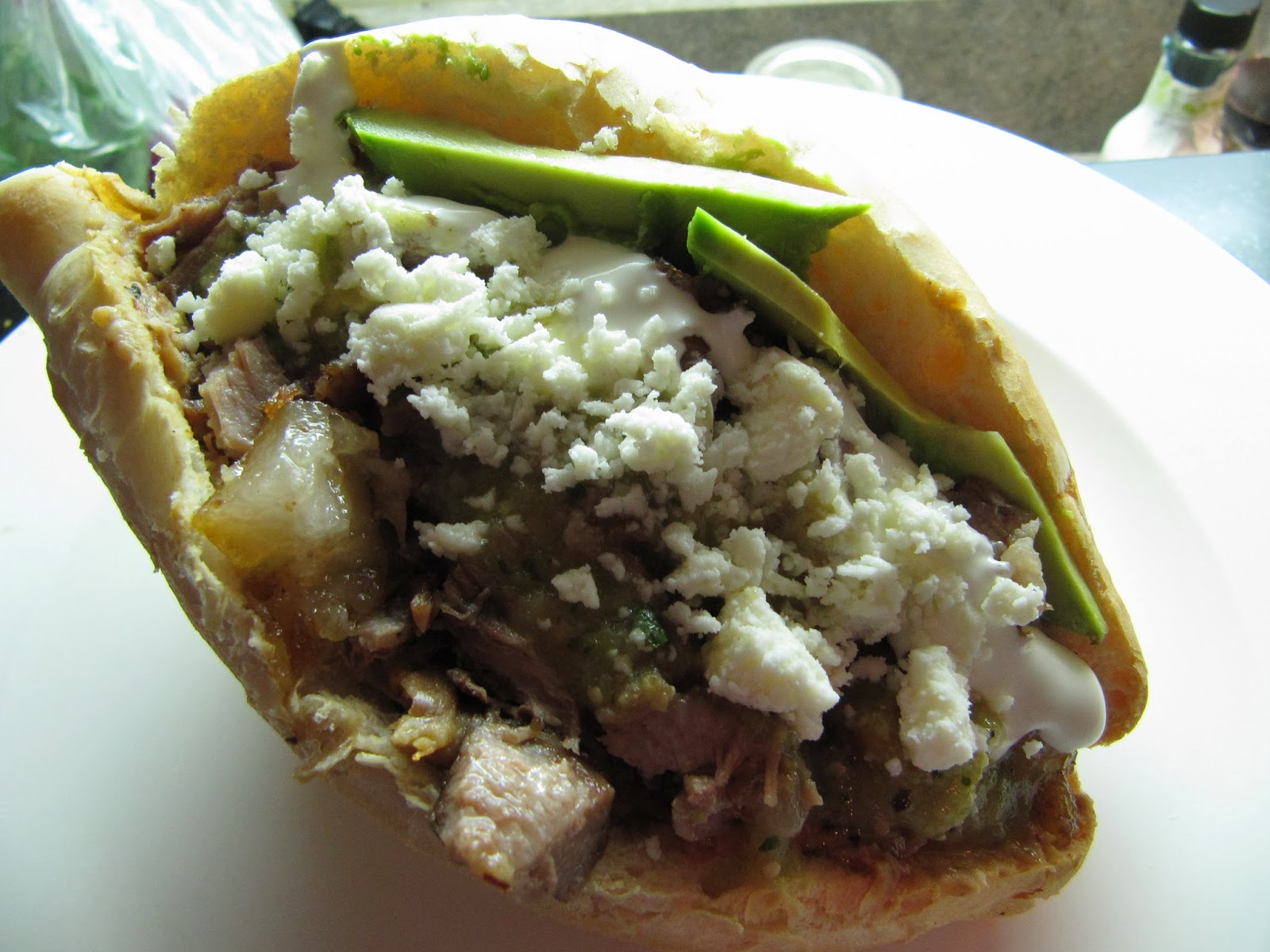 We made tortas by first spreading refried beans on a bolillo and topping with carnitas.  To this we added crema, salsa verde, queso fresco, and avocado.  The acidity of the salsa did a good job of balancing out the fatty texture of the pork. All these textures went well with the crusty bread, so there was something to hold it all together. I'm looking forward to crisping up some leftovers in the broiler for tacos tonight.
Posted by mostlybadfly at 3:21 PM