When I went to the store today I noticed that pork shoulder steaks were available.  I have never heard of this term, but it seems to be simply pork shoulder that is cut into slices.  Basically, they are less cumbersome and it was nice to buy a couple of slices rather than the whole shoulder. I used the pork to make a stew by braising in a low oven for several hours.  I began by first searing these pork steaks.  The size was actually pretty convenient for getting an even crust on the meat. 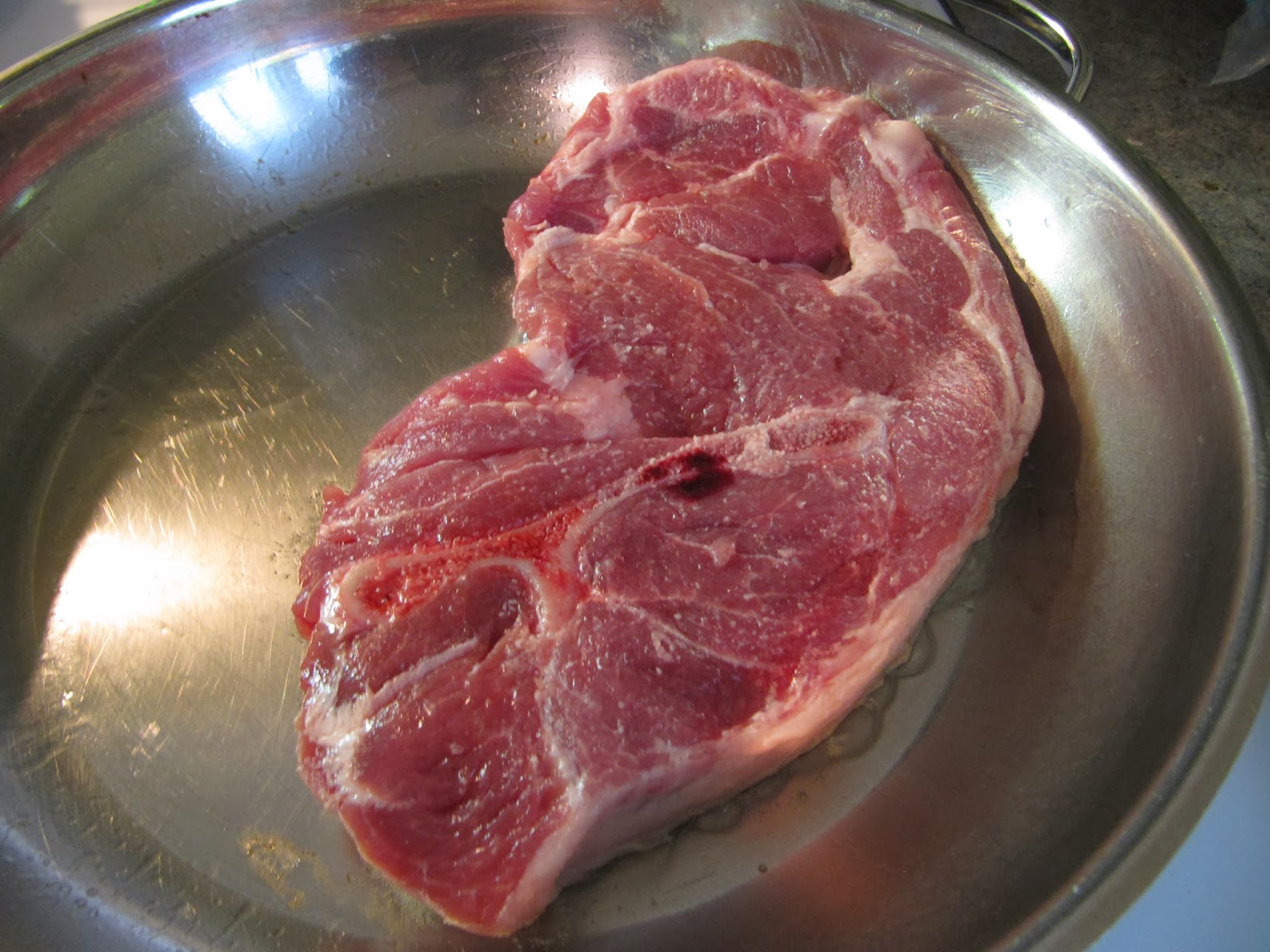 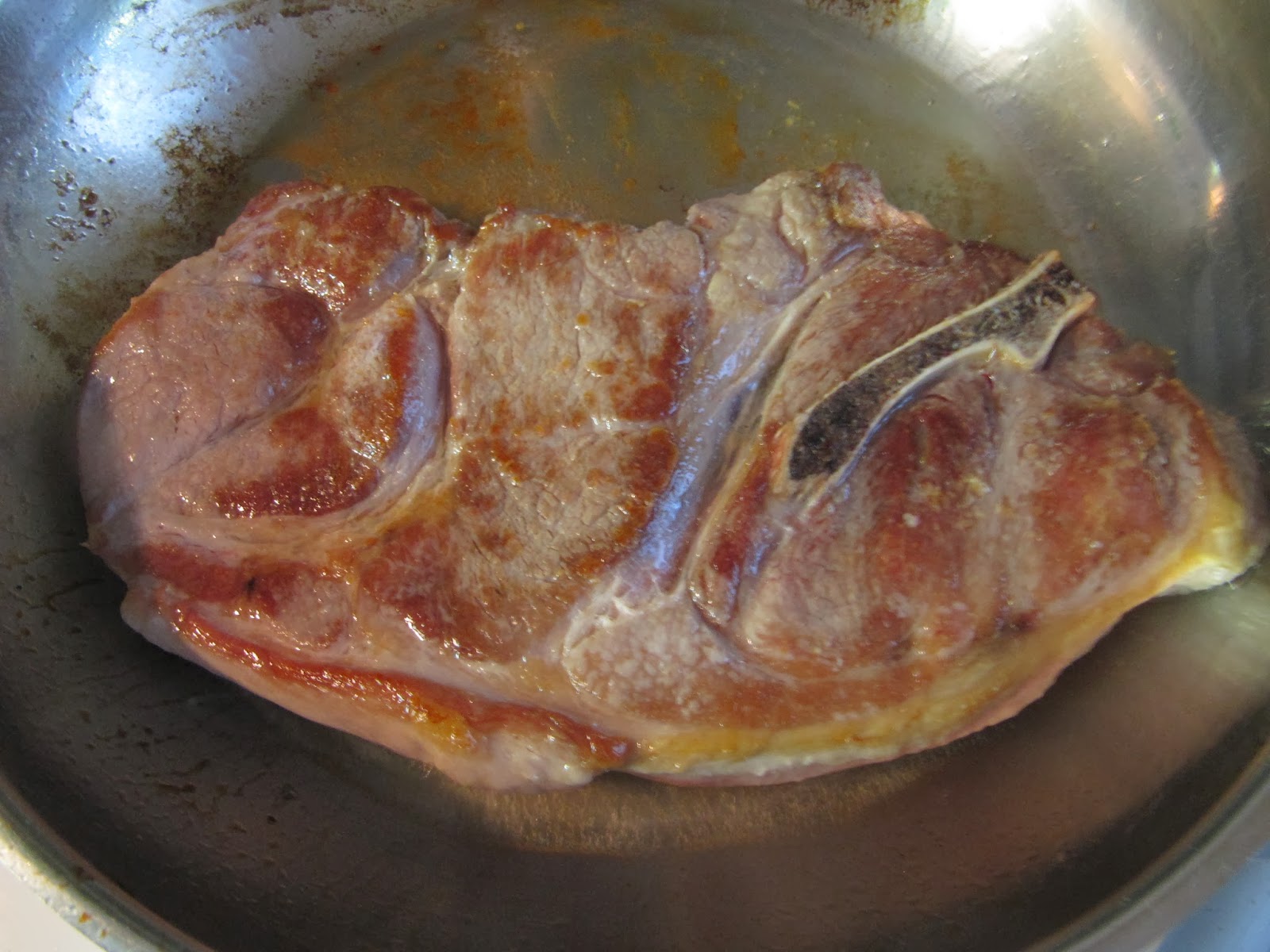 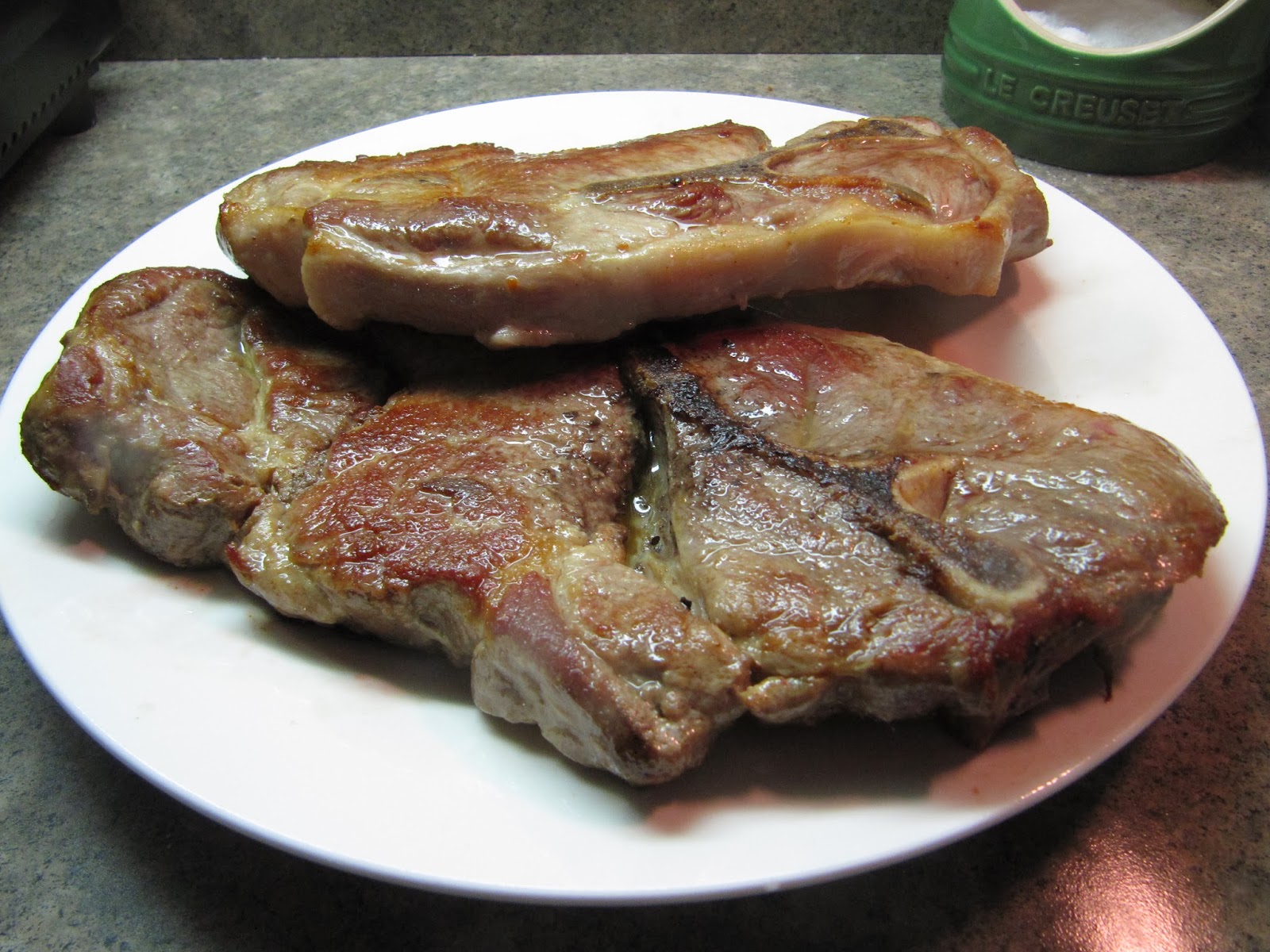 Once the pork was browned, I removed from the pan and prepared the cooking liquid for the oven. 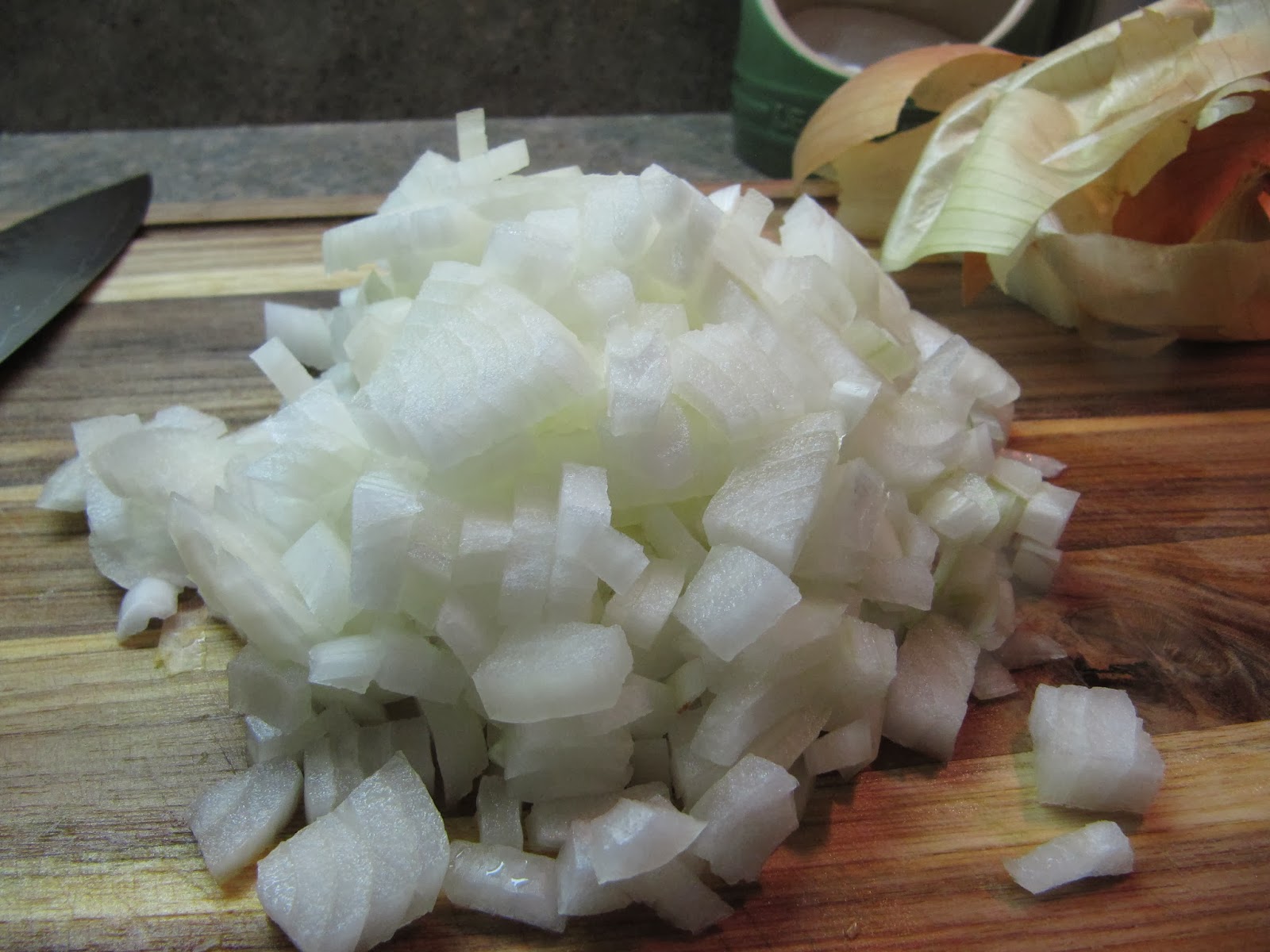 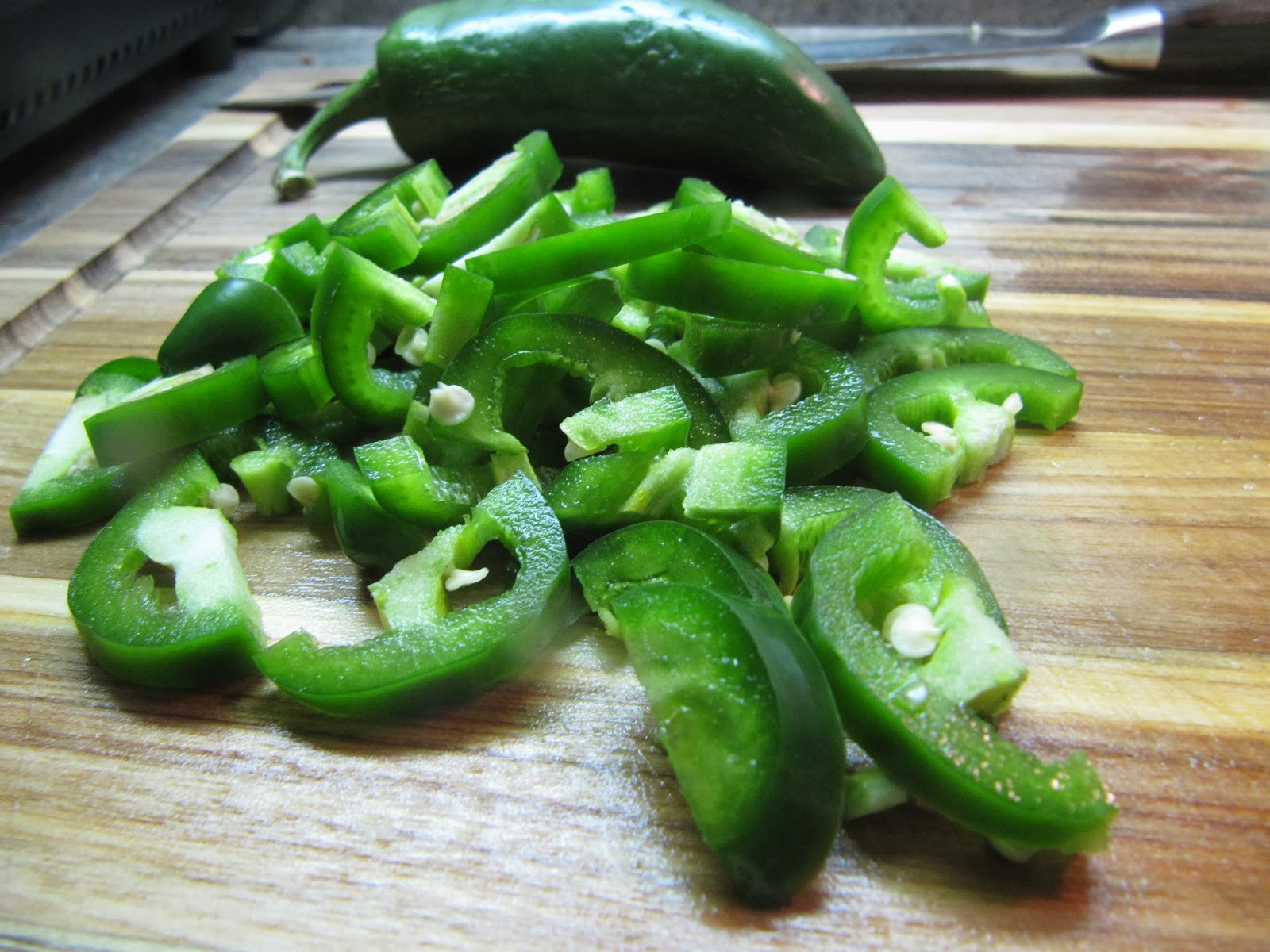 I fried chopped onion and sliced jalapeño in the remaining fat and drippings left in the pan.   I added salt and half a bottle of beer to combine all the flavors. 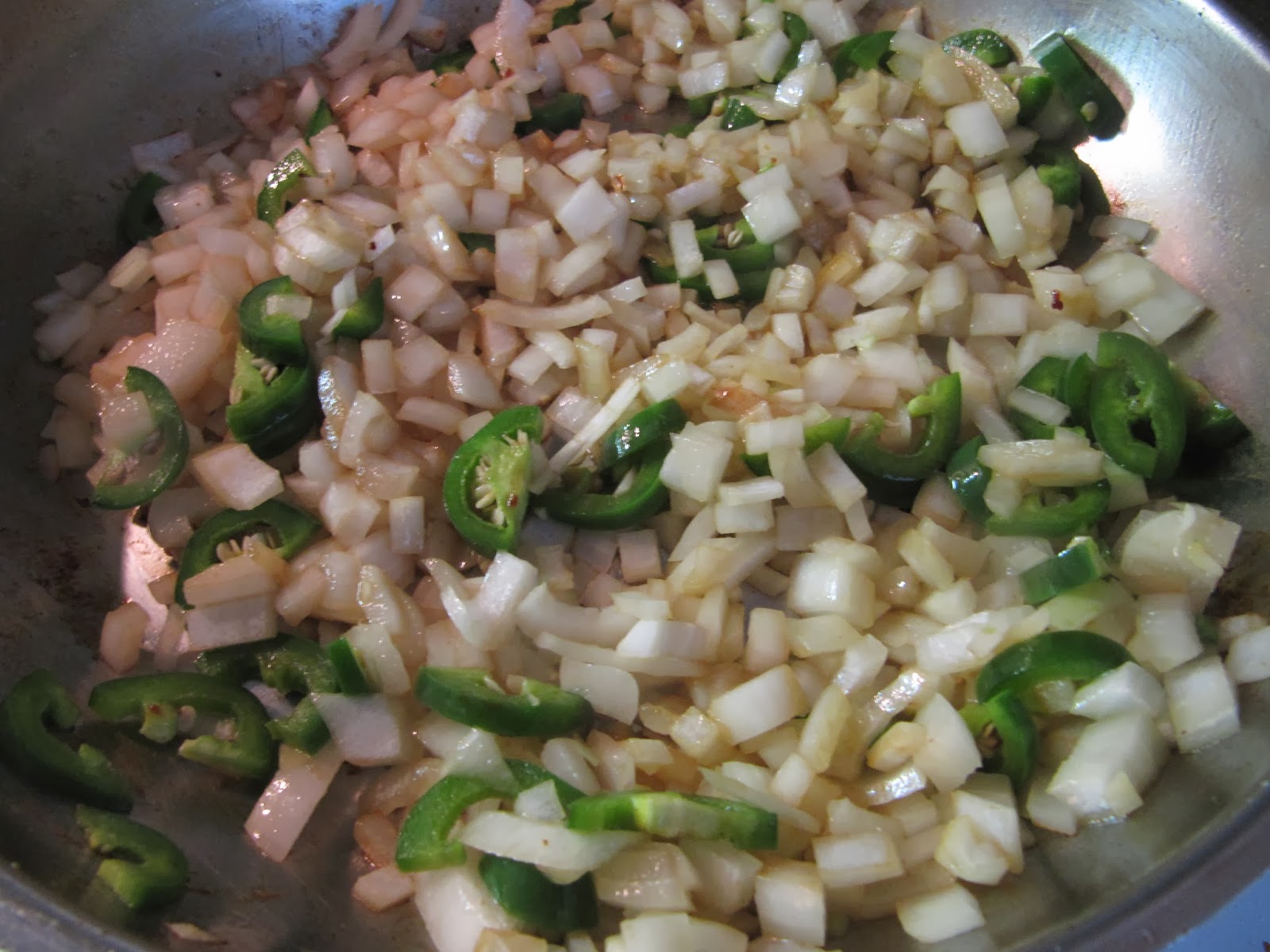 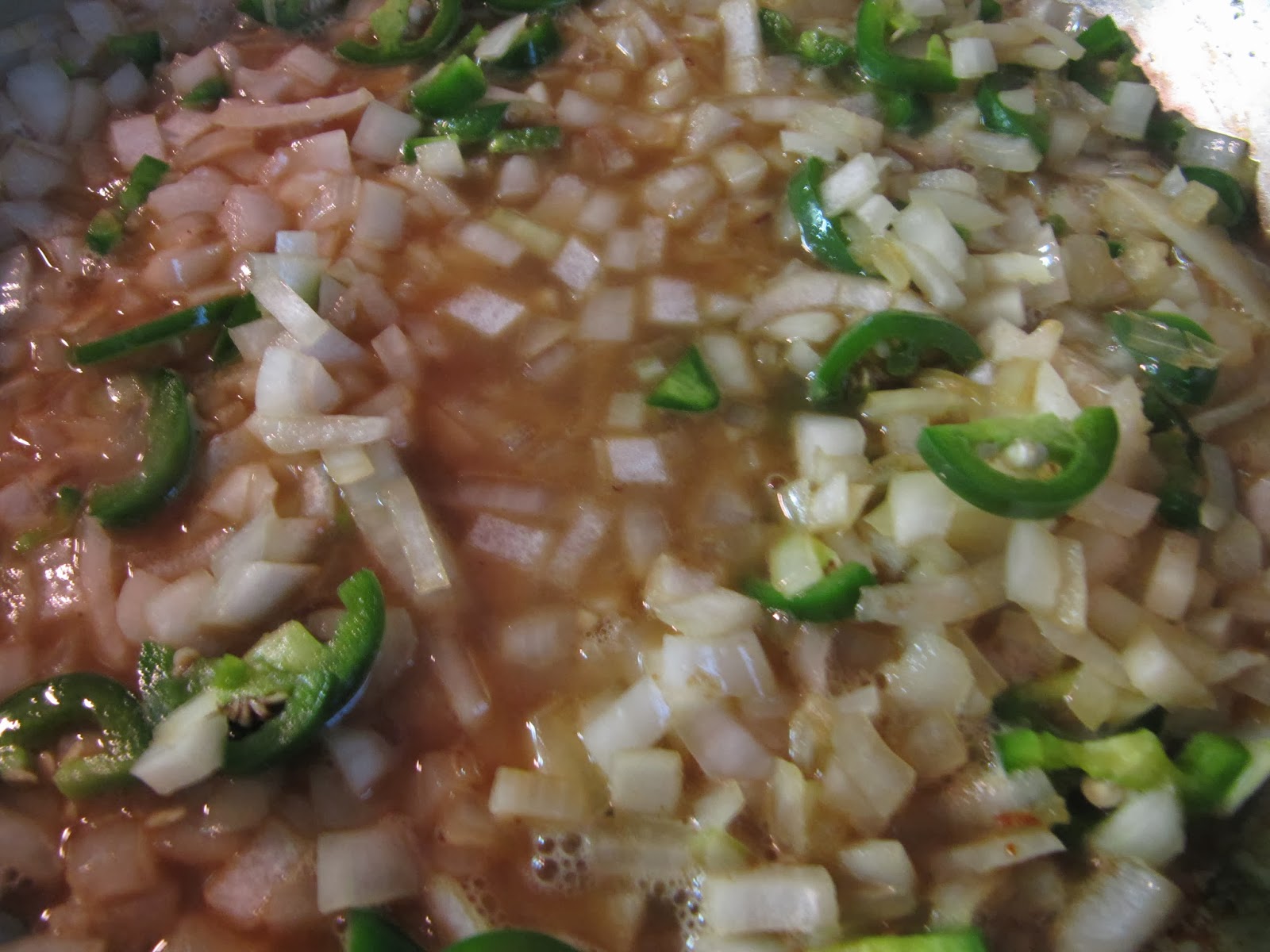 To this I added ground ancho chile, cumin, oregano, and bay leaves. I placed the pork in a dutch oven and covered with the pan sauce.  I added some chicken broth to cover the meat before placing in the oven. 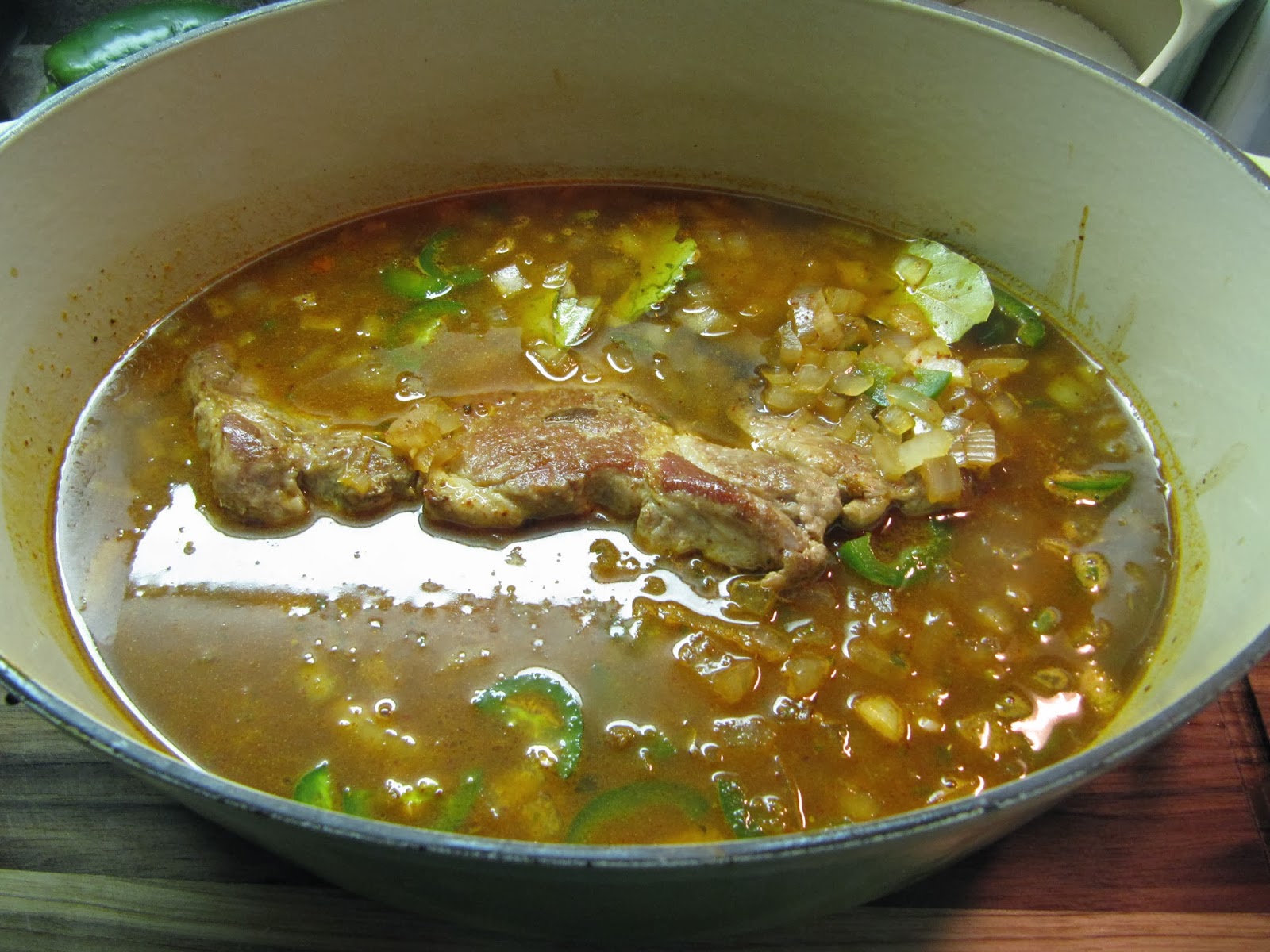 This is the result cooking in the oven at 200F for 6 hours: 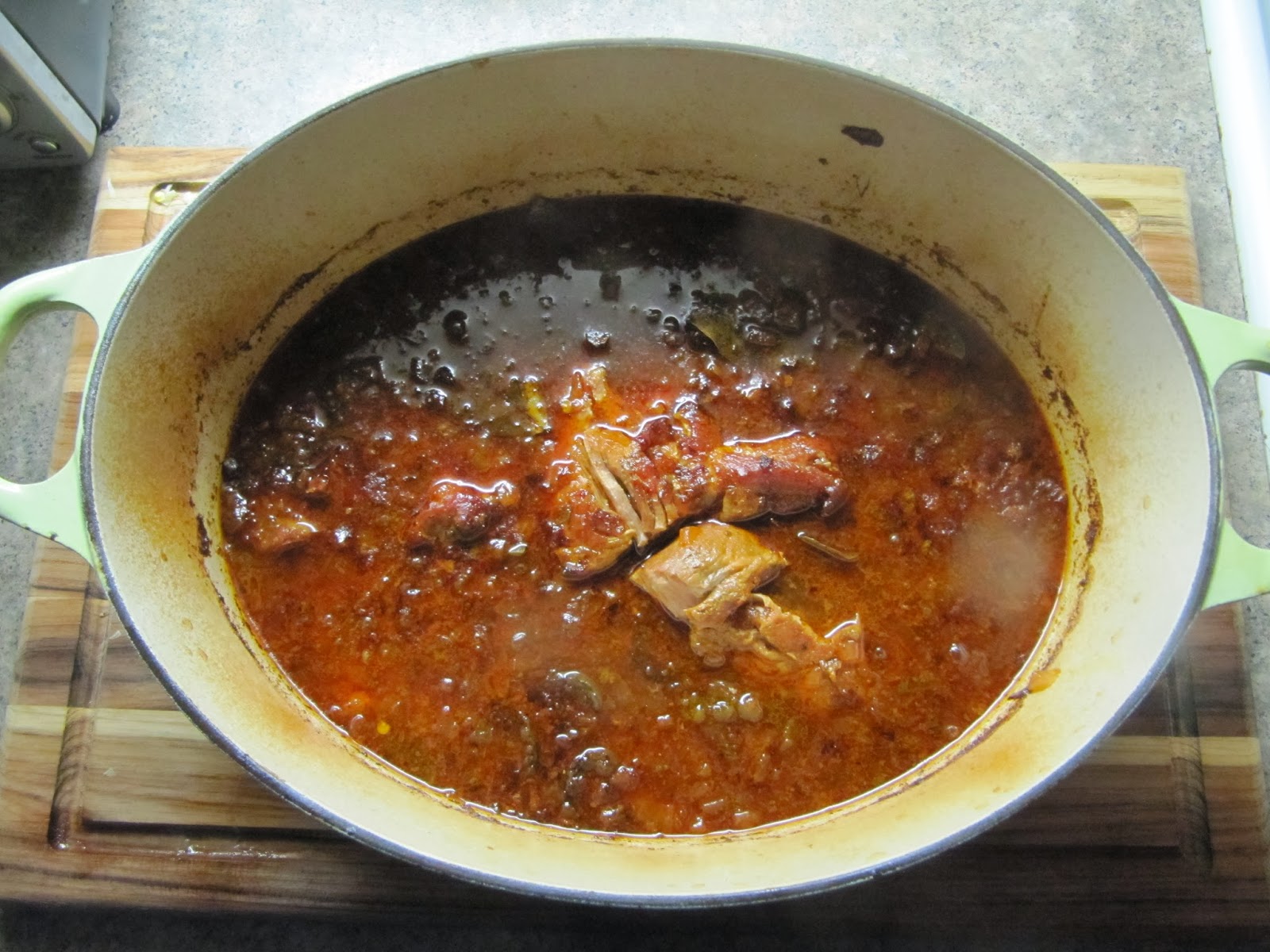 To finish the stew I added sliced carrots and garbanzo beans.  I let the stew come to a low boil and placed back in the oven for about 15 minutes. 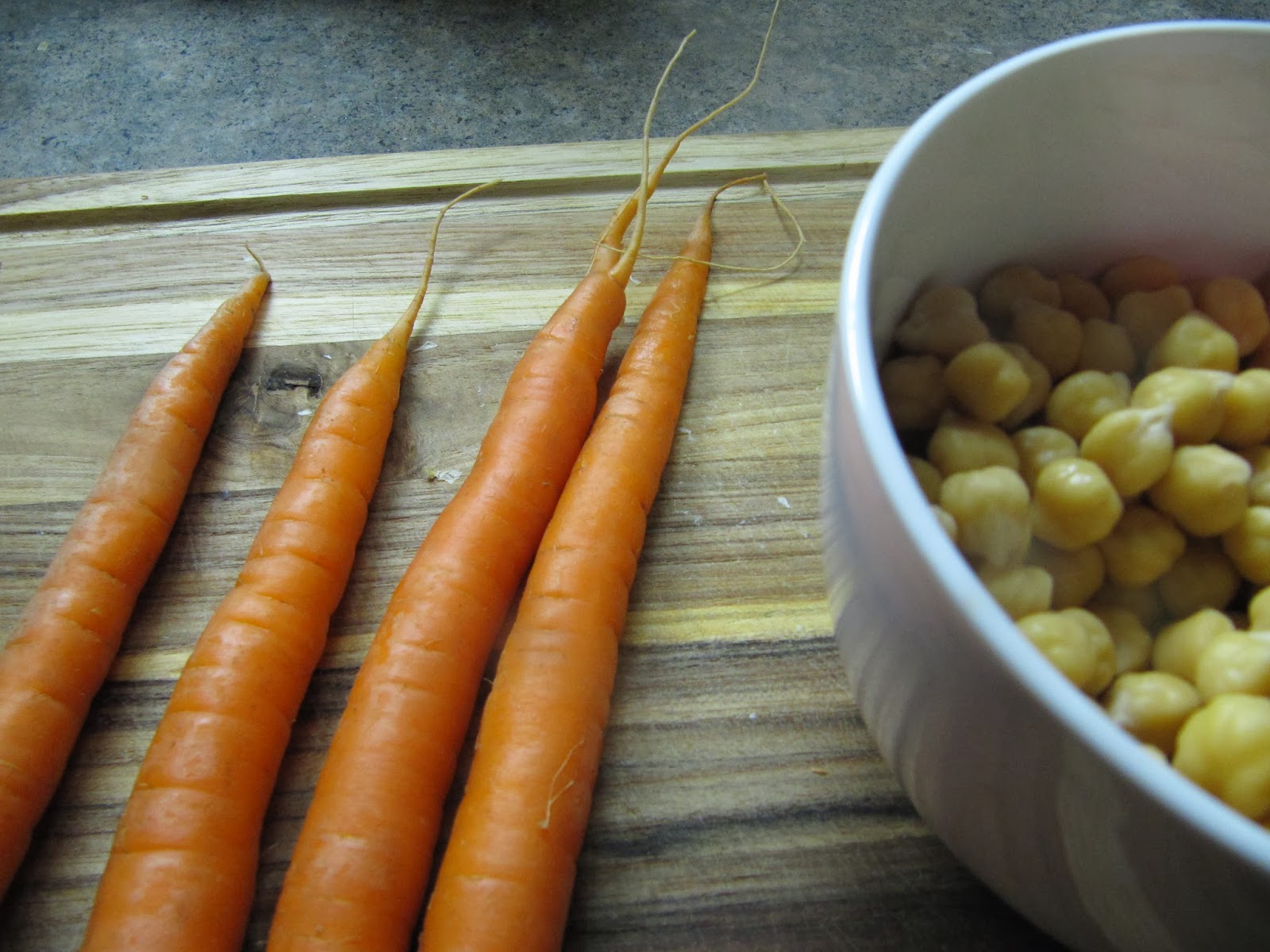 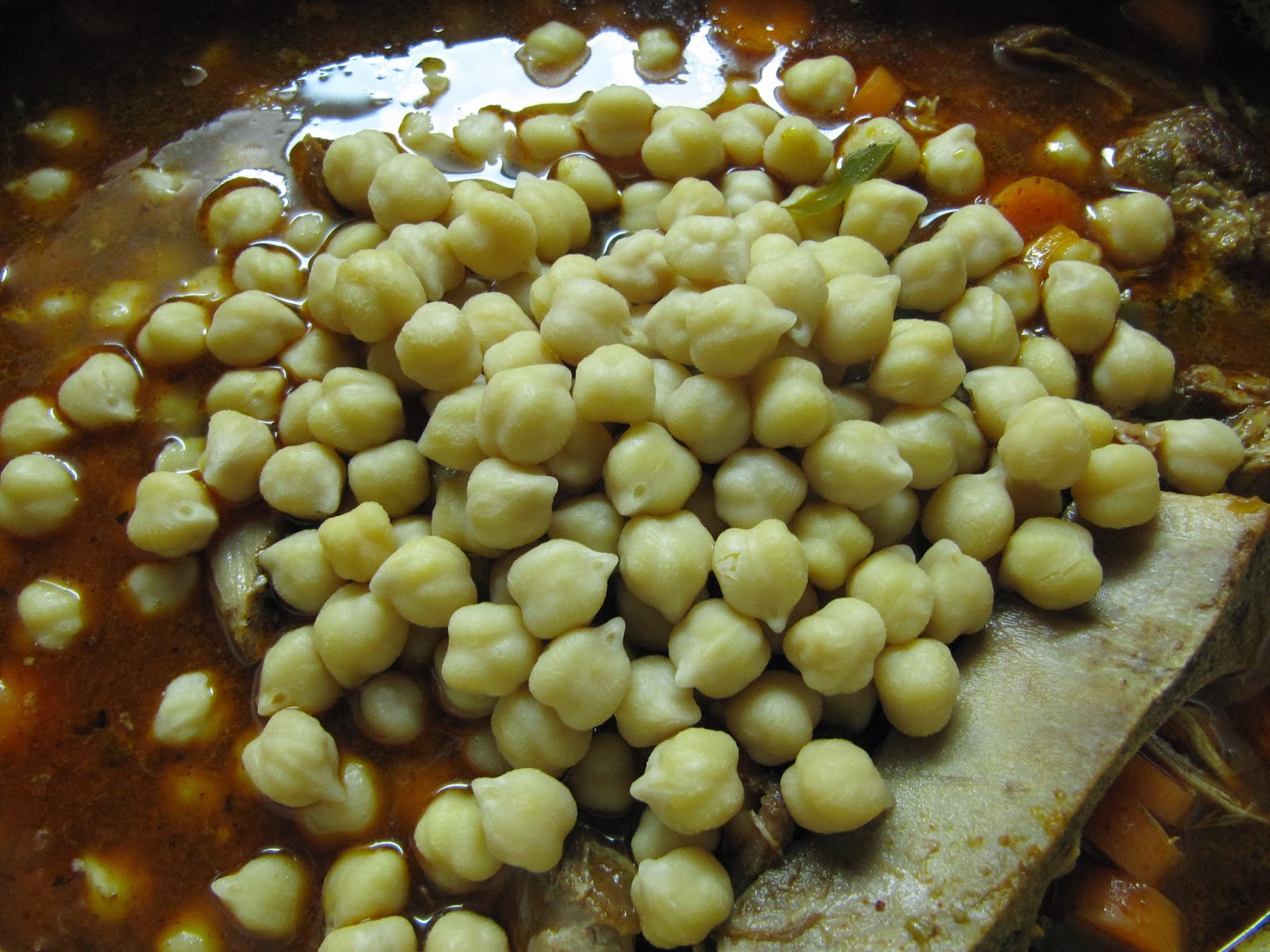 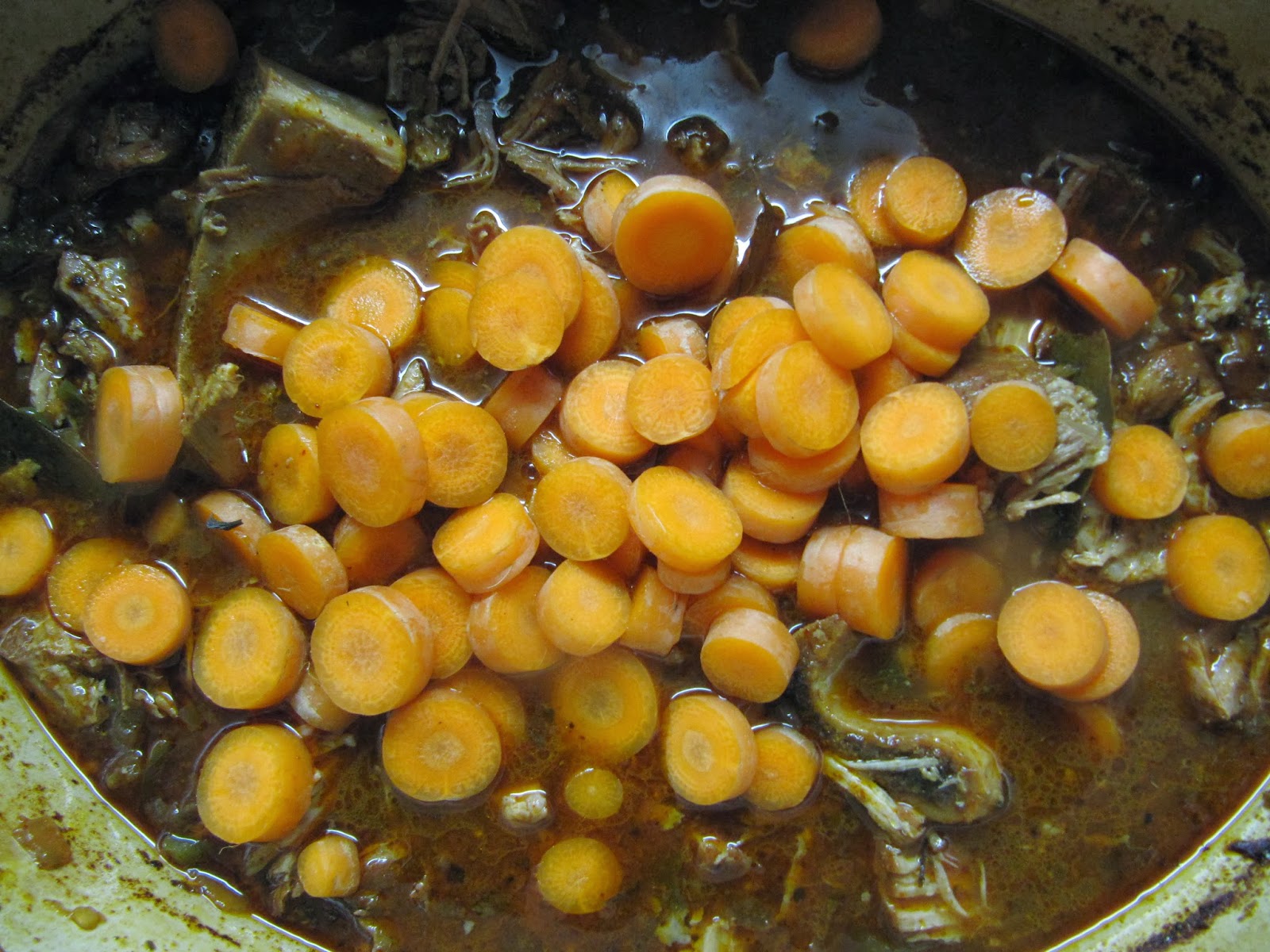 After removing from the oven I added a couple of tablespoons of apple cider vinegar to add a bit of acidity.  I would have preferred to use limes but did not have any left.  Overall the flavor was rich and the pork really came through.  The chiles added a good deal of heat as well. 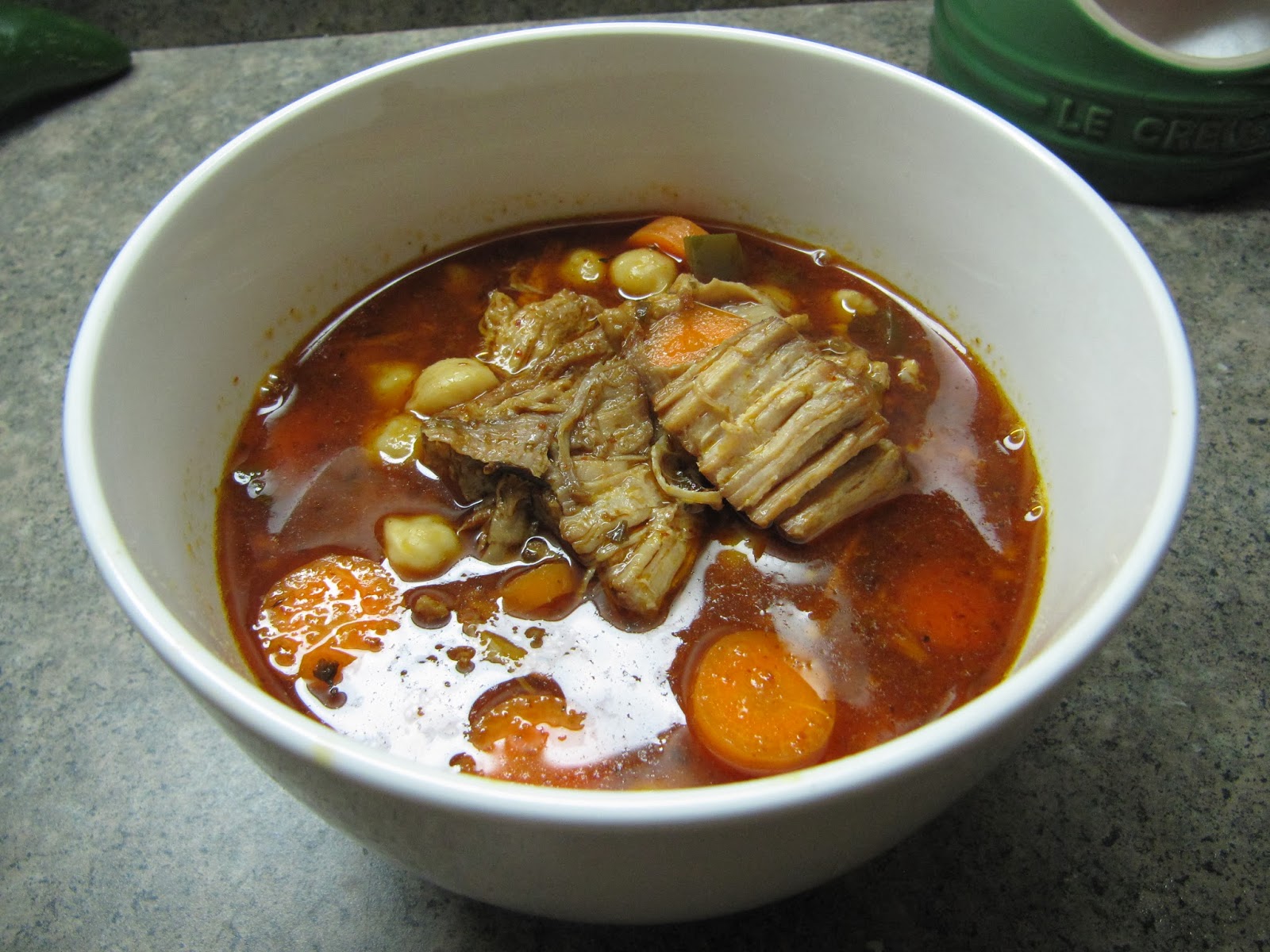 Posted by mostlybadfly at 11:17 PM