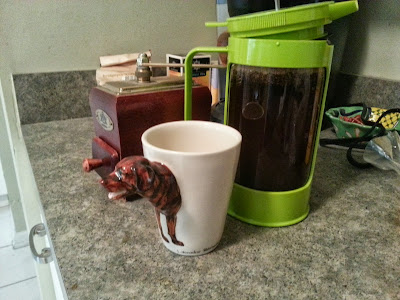 These are some photos I took of breakfast from this morning.  I ran over to Gene's Sausage Shop in Lincoln Square to pick up some ingredients.  Below is the pepper bacon I picked up.  I fried it in a cast iron skillet before putting in the oven over a wire rack to make the edges crispy. 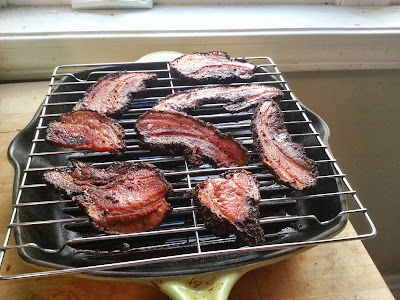 I made eggs that I whisked with garlic, thyme, clotted cream and cold pack cheddar cheese. I slowly scrambled the eggs over low heat until they became fluffy.  I placed this over a piece of rye toast.  To go with the eggs and bacon I also picked up potato sausage.  I heated it up by placing in the skillet that I used for the bacon and roasting in the oven. 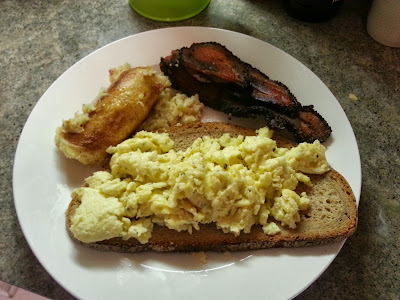 The bacon was really good.  It was probably some of the spiciest pepper bacon that I've had.  The eggs were very rich but went well with the rye toast.
Posted by mostlybadfly at 8:42 PM