Over the weekend I got the opportunity to check out Calumet Fisheries on the south side.  Once I walked in and smelled the smoked fish, I knew I was in heaven.  I picked up a lovely piece of smoked salmon (more on that later) as well as a few pieces of smoked shrimp. 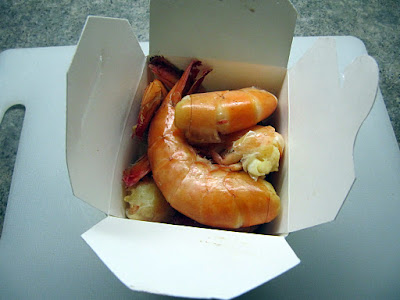 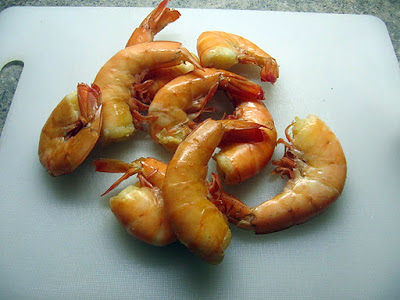 ﻿I got to work on the shrimp by splitting them in half, discarding the vein and holding on to the shells to make a flavorful broth. 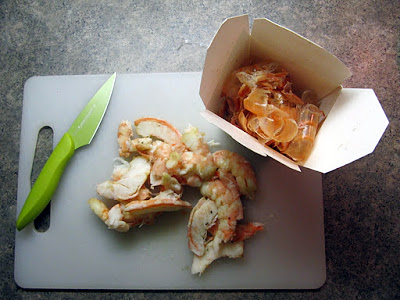 I began by taking the shrimp shells and frying them in a sautee pan before placing in the oven to roast until crispy and the shell turns a more solid pink. 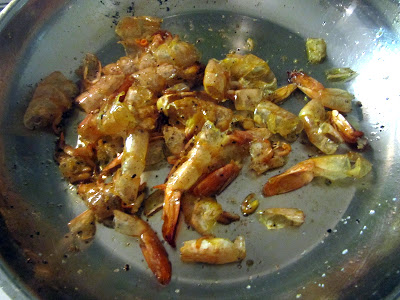 After removing from the oven I placed teh sautee pan back on the burner and added water and proceed to boil to extract as much of the flavor from the shells as possible. 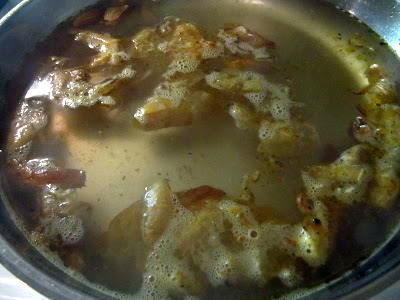 As the shells boiled I added to another pan onion, garlic, ginger, jalapeño, cumin and coriander, and sauteed until the onion turned opaque.  I added a couple of diced potato as well as a few ladlefulls of shrimp broth and slowly simmered. 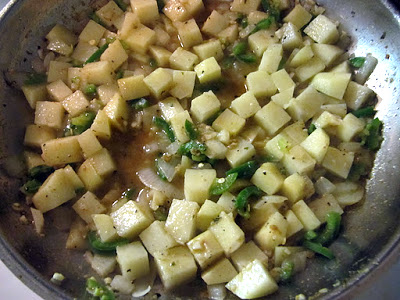 Just before the potato finished cooking I added back the shrimp meat and let everything simmer together.  The starch in the potato helped to thicken the sauce a bit.  To serve I placed over a bed of brown rice that was cooked in remaining shirmp broth. 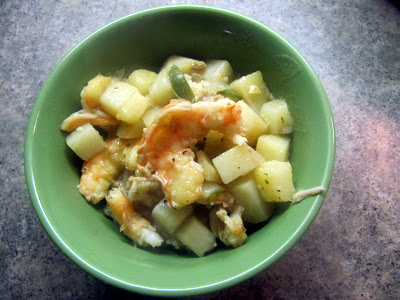 ﻿
The dish was delicious.  The way the smokey flavors of the shrimp worked in conjunction with the heat and spices in the curry really made for a satisfying dish.  The flavor of the shrimp broth really shined through in the dish.  I will definitely be heading back to Calument Fisheries soon to pick up some more soon!
Posted by mostlybadfly at 8:06 AM