a quick and healthy pudding

After trying several chia drinks at the store I wanted to by my own chia seeds.  When I got the package home one of the suggested recipes was a pudding that is made by adding the seeds to coconut milk and letting it sit in the refrigerator for several hours.  This sounded amazing so I decided to put the drink idea to the side and make a pudding.  I didn't have coconut milk on hand but I did have kefir.  I enjoy drinking this in the morning so I was hoping it would work out nicely. 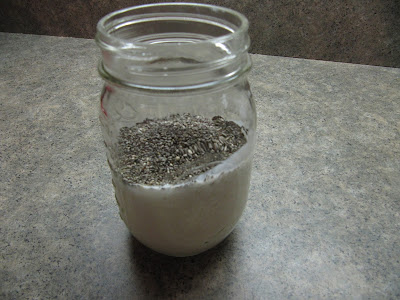 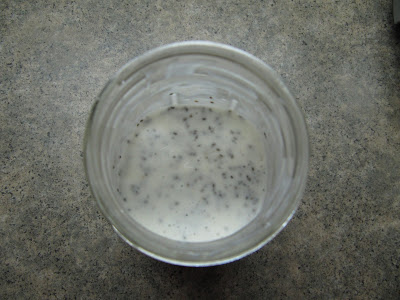 I started by combining 1 cup of plain lowfat kefir with 1/4 cup of chia seeds.  I added some agave syrup and cinnamon to the mix to add some flavor.  I would imagine any flavoring as long as it doesn't change the water content would work fine. 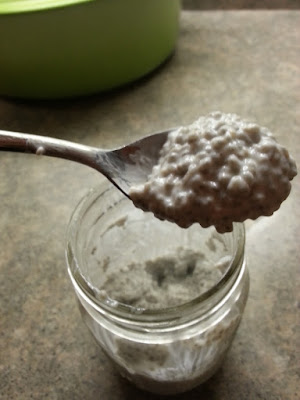 Though it is ready in 3 hours, i didn't eat mine until the next morning and it was excellent.  Very creamy with the chia seeds popping in your mouth.  This is a very nutritious breakfast that I think I will be going back to.  This would be very nice with some berries on top.

Posted by mostlybadfly at 6:20 AM