Over the weekend, I was very much craving the flavor of birria.  This is usually made with goat marinated in a chile sauce with ingredients such as anchos, garlic, cloves, cinnamon, and thyme.  I wanted to get some of these same flavors, but in ramen form!  I decided to go with lamb as the base to make a broth, but first I put together my chile. 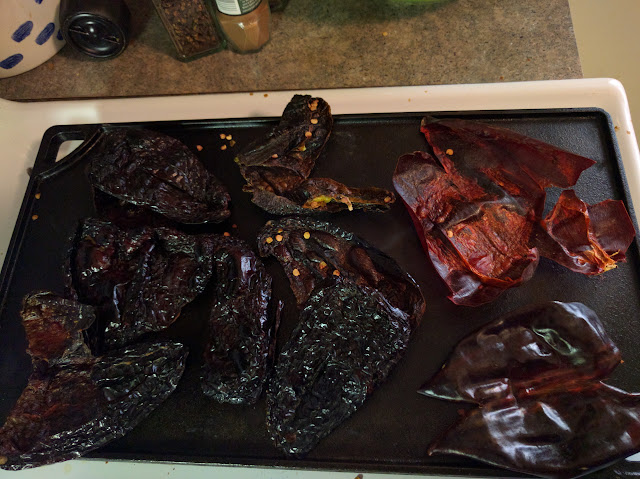 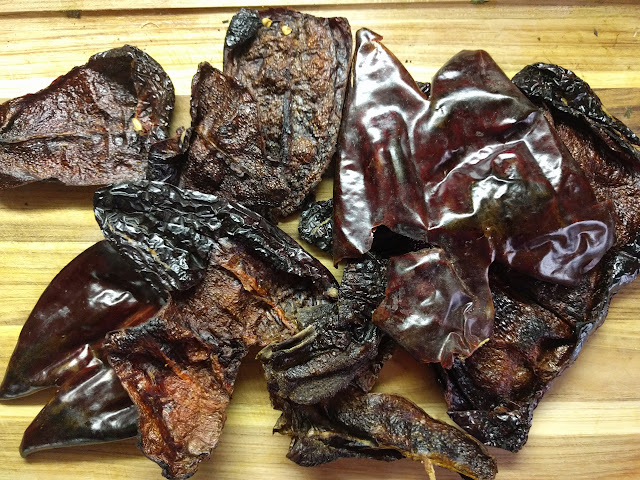 To begin making the sauce, I toasted chile ancho, guajillo and mulato over a comal.  You can see some of the color differences that come up between the different types of chiles. After toasting, I placed the chiles in a bowl and overed with boiled water for 20 minutes. 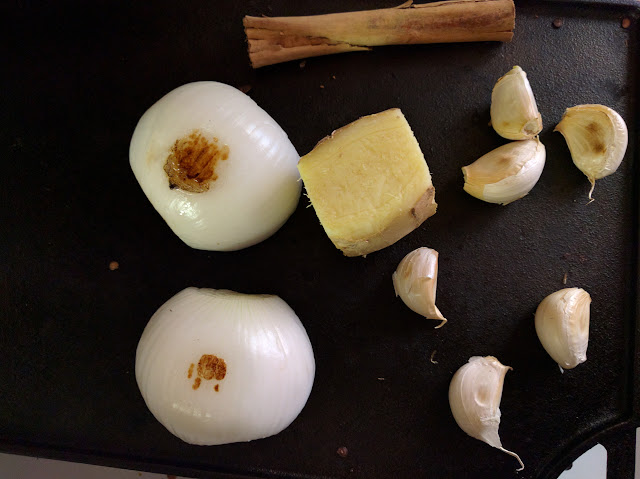 Next, I began to roast onion, ginger, and garlic on the comal.  Ginger was a new one to me and was something I didn't really use in Mexican cuisine until now. 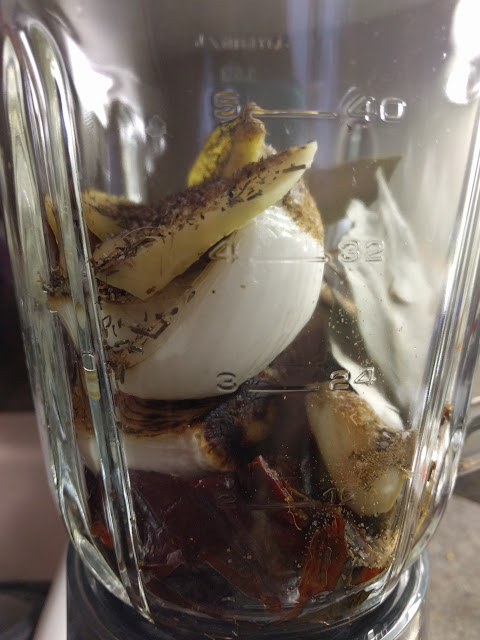 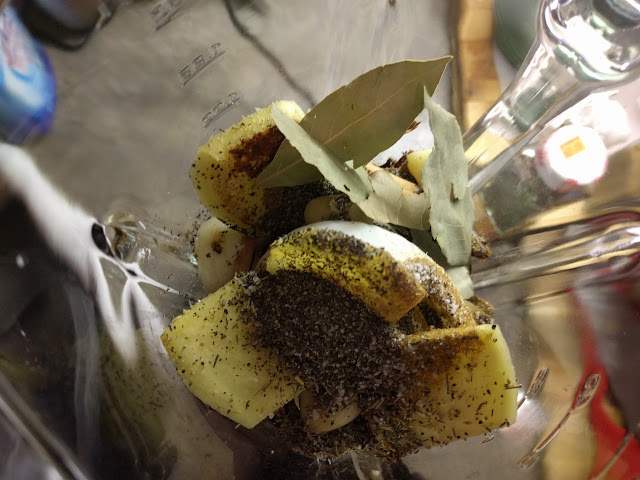 After the chiles are done, I add everything to a blender along with bay leaves, Mexican oregano, cloves, canela, thyme, marjoram, and apple cider vinegar.  I think the vinegar is a big part of that birria flavor to me, I think it is because you typically want a type of vinegar in the traditional goat marinade to cut the gamey quality. In my case I used lamb and I wanted to get as much flavor out of it as possible. 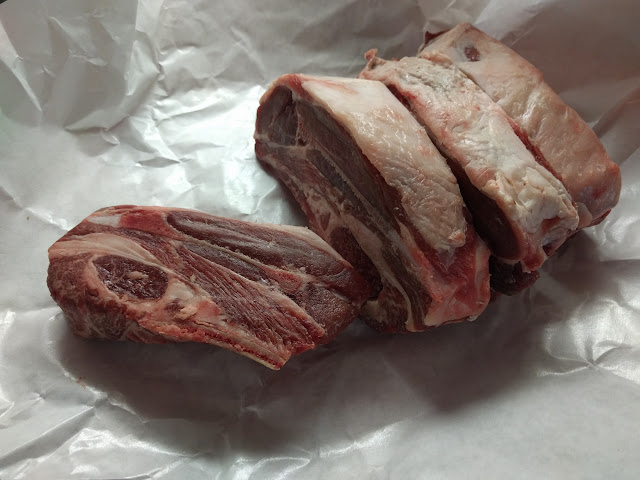 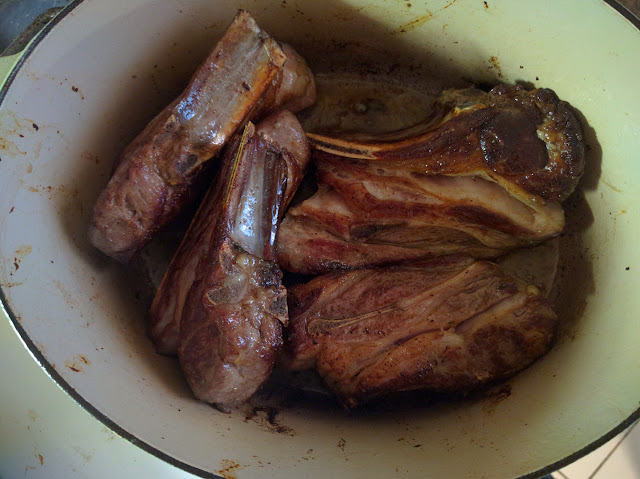 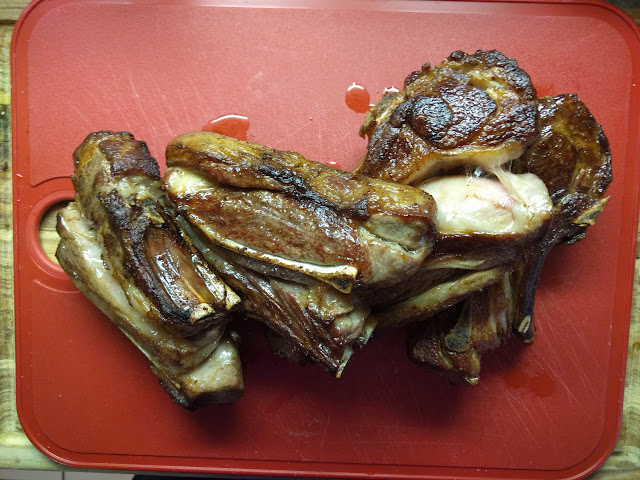 I seared lamb shoulder in a little bit of olive oil then just let them sit at medium to render as much of the lamb fat out as possible which took several minutes.  I also tried to brown the meat on all sides. 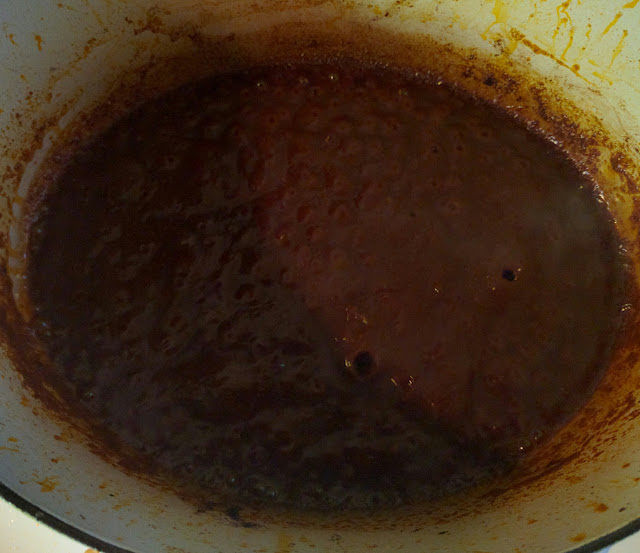 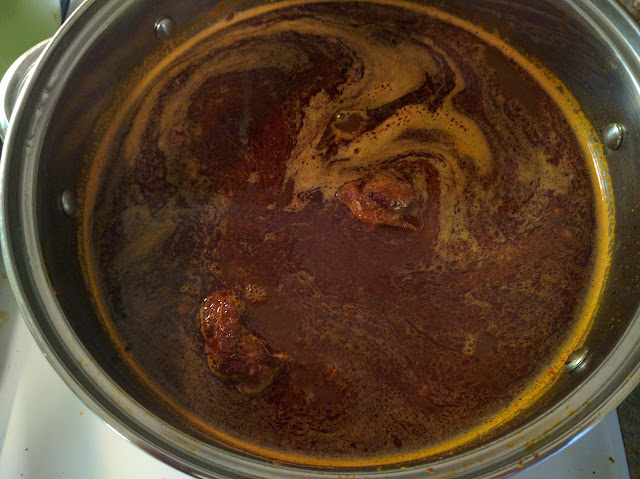 Once there was a nice layer of fat, I cranked up the heat and tossed in my blended salsa.  I "fried" the salsa in the fat for a few minutes until the color darkened.  I stirred occasionally and avoided splatter where I could!  Once I got the color where I liked it, I added a can of beer, beef broth, water, and my lamb bones along with some beef neck bones. I let this boil for several hours before I started putting together the ramen. 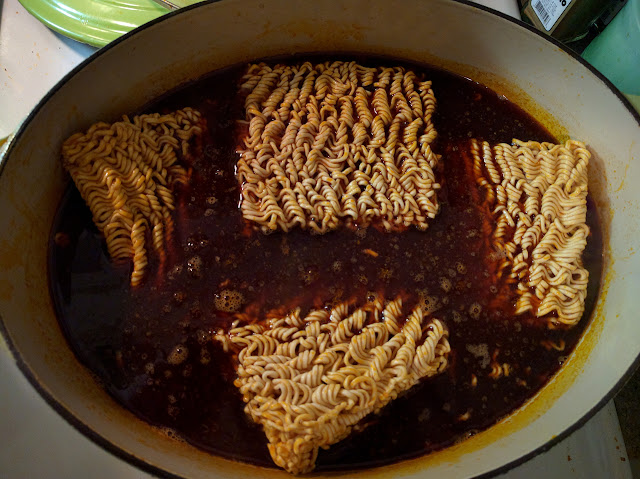 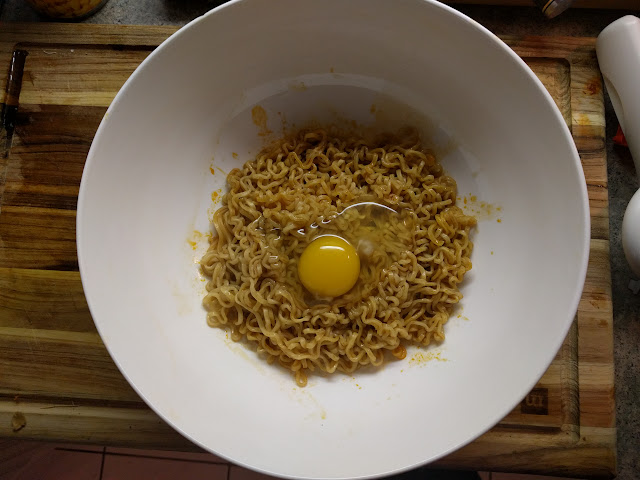 I strained my broth and brought to a boil.  To this, I added instant ramen.  I really like how easy it is to use and it definitely has enough of that texture you want from ramen. After the ramen cooks a bit, I placed a layer in a bowl and cracked an egg on top.  Then carefully I ladled boiling broth over the egg to begin cooking it.  Once I had enough broth, I folded noodles over the egg to help further poach it. 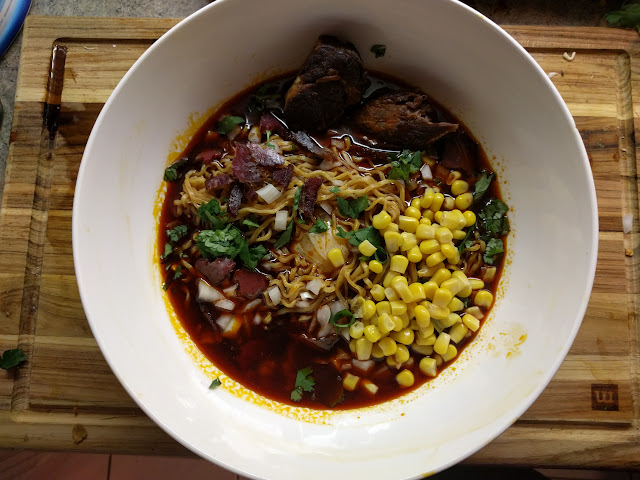 To finish the ramen, I added diced onion and chopped cilantro, corn kernels, chopped beef jerky, a couple of pieces of the cooked lamb meat, and a squirt of lime.


The soup was great, the flavors of the spices and chiles went really well with the flavor of the lamb, and I could taste some of the ginger flavor coming out. The broth itself had a nice richness to it from the lamb fat and the thickness of the sauce.  The ingredients on top added a nice crunch and brighter flavors to balance it. It was a hit and I was definitely craving more the next day.
Posted by mostlybadfly at 3:32 PM