Over the weekend, I went to the farmer's market to pick up some vegetables.  I wasn't sure what to get but I saw they had sweet corn.  It seemed a few weeks early, but I love sweet corn and I grabbed some ears in the hopes that it was sweet and not starchy.   Thankfully it was very crisp and sweet so I ate one as is.  Someone suggested I make skillet corn which is something I never heard of.  After making it the first time, I thought of it as really good creamed corn with the kernels still intact and crisp.  It is definitely delicious and I was craving it again tonight. 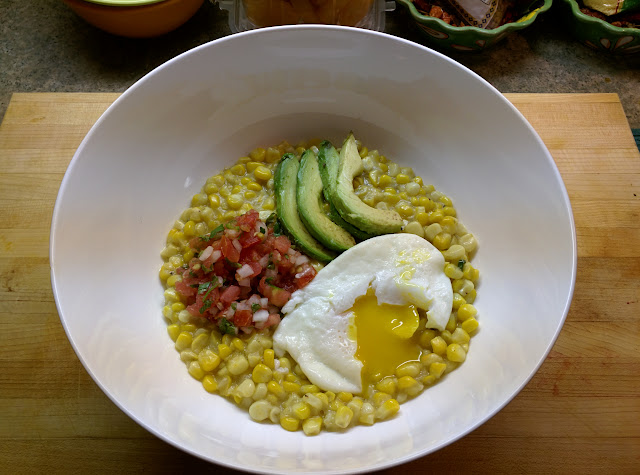 Most recipes for skillet corn just have it as a side or a simple dish you just eat from a bowl.  I wanted it to be dinner, so I topped it with pico de gallo that I made with tomatoes from the same market, sliced avocado and a poached egg. 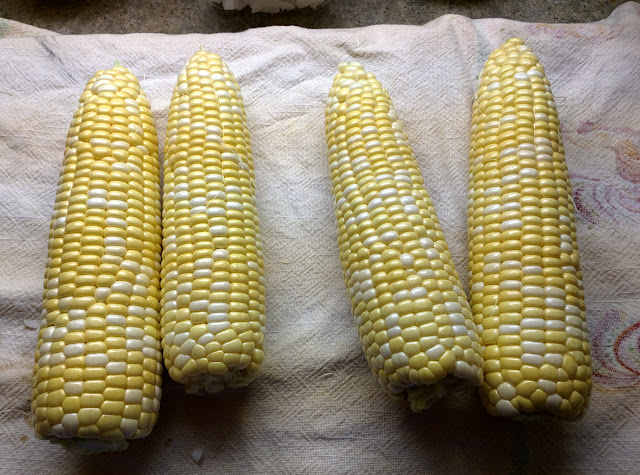 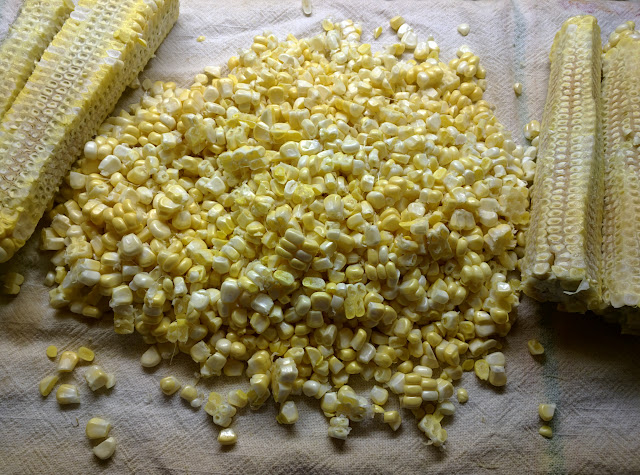 I began by removing the kernels from 4 ears of corn.  I set the cobs to the side so that I can scrape the whole surface with a butterknife to get all the corny goodness. 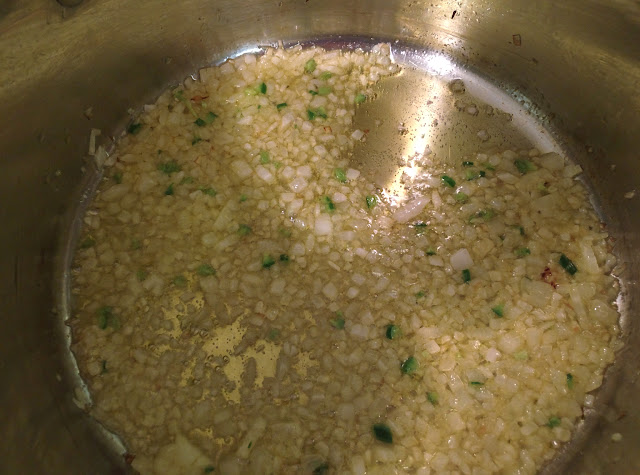 I technically didn't use a skillet, but I did put a few tablespoons of olive oil in a pot.  To this I added about half a small onion, 2 cloves of garlic and half a chile serrano (someone sent me a picture of some jalapeño corn bread and it sounded good). 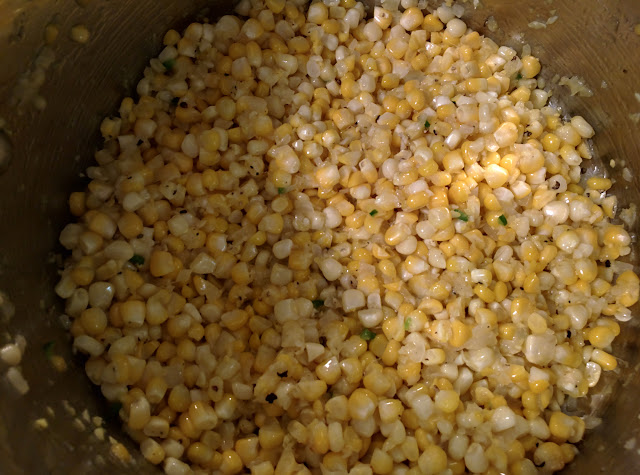 I then added the corn kernels and cob scrapings to the pot.  I let this cook together on medium high heat for a few minutes, making sure to stir to coat the corn in the mixture. 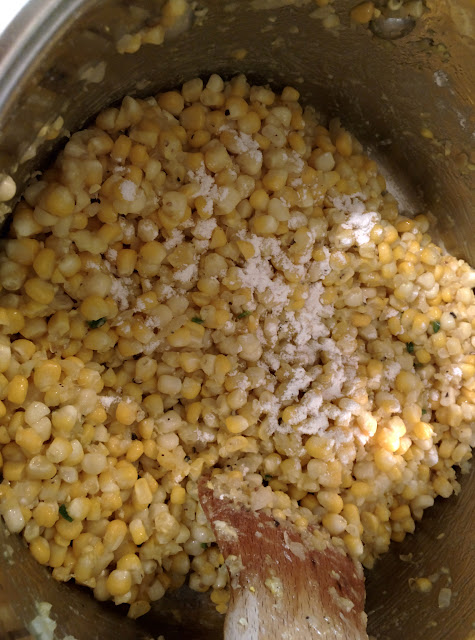 I then added a tablespoon of flour and mixed it into the corn.  I let this cook together for a few minutes longer before adding water. 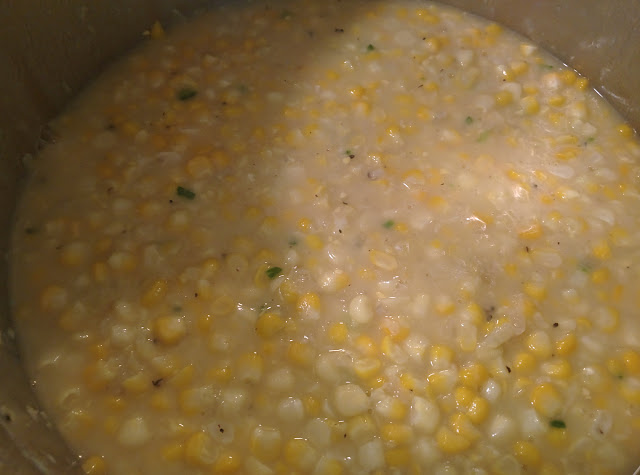 I added about a cup of water, I wanted the corn to be somewhat submerged.  I let this all simmer on low for about 30 minutes.  Some recipes I found said 45, others said 15. I just picked something in between.  I think a reason for a longer cooking time is to get as much corn flavor into the sauce that forms, but I didn't want the corn to get too soft or overcooked. 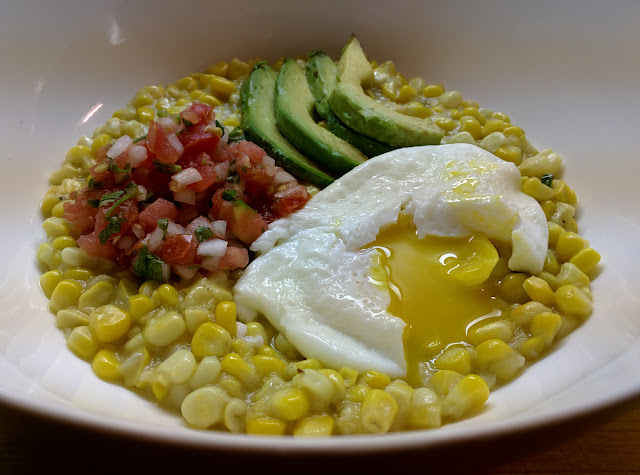 The acidity and crispness of the pico de gallo was a great contrast to the sweet, slightly creamy corn.  Normal recipes call for butter or bacon to add some richness.  I added the egg with the hope of stirring the yolk into the corn to achieve a similar affect, also because eggs are just really good on things. I added the avocado to add another type of richness to complement the corn and provide another contrast to the pico de gallo.