chicken with spinach and potatoes in chipotle yogurt sauce I wanted to make a dish somewhat inspired by an Indian curry utilizing yogurt.  One of the first dishes I tried out on my own in high school was chicken with swish chard in a chipotle crema.  I thought of that dish when coming up with the idea for this. The main ingredients I used were chicken thighs, spinach, potatoes, onion, garlic and chipotle which I bought canned in adobo sauce. 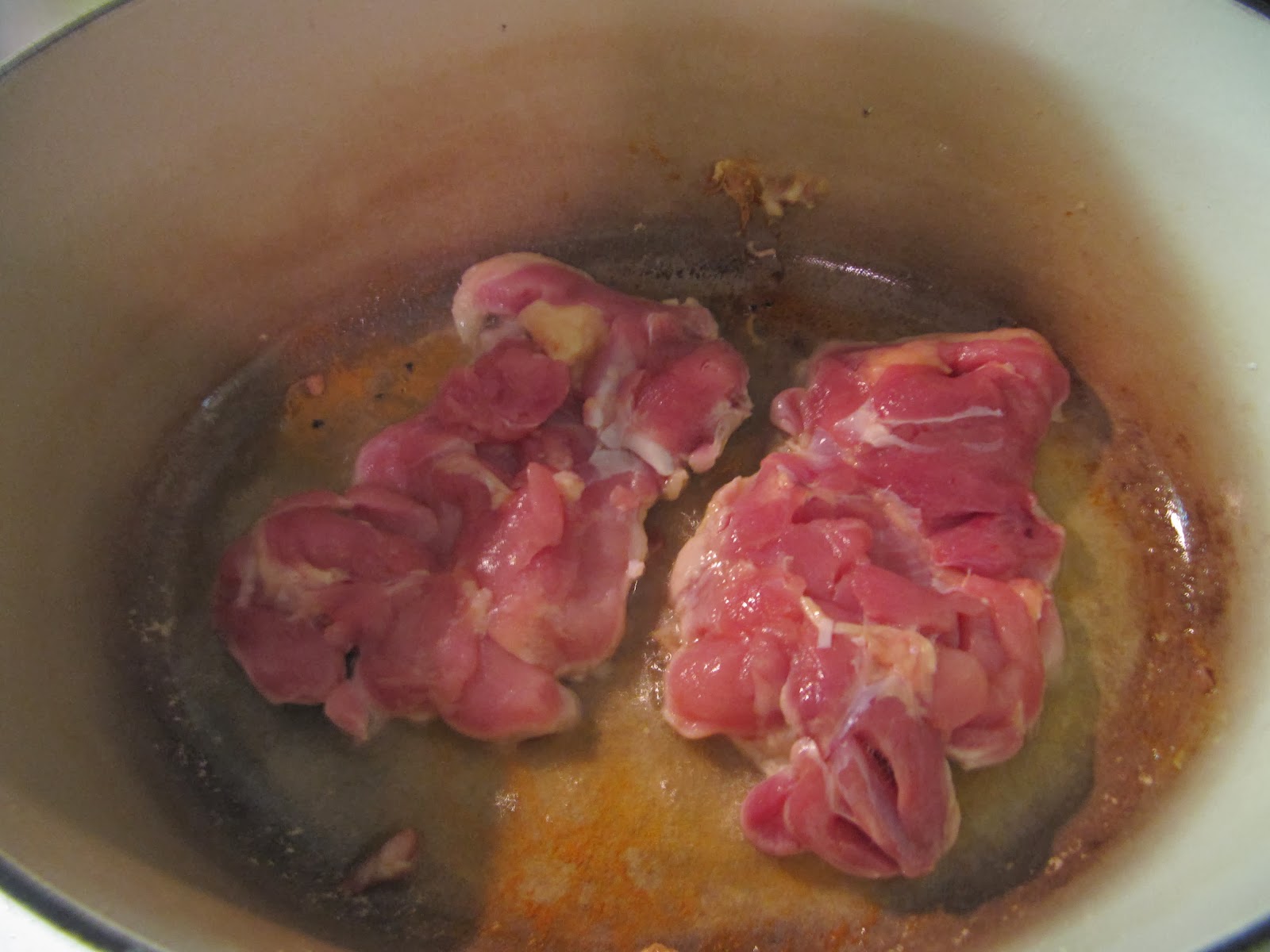 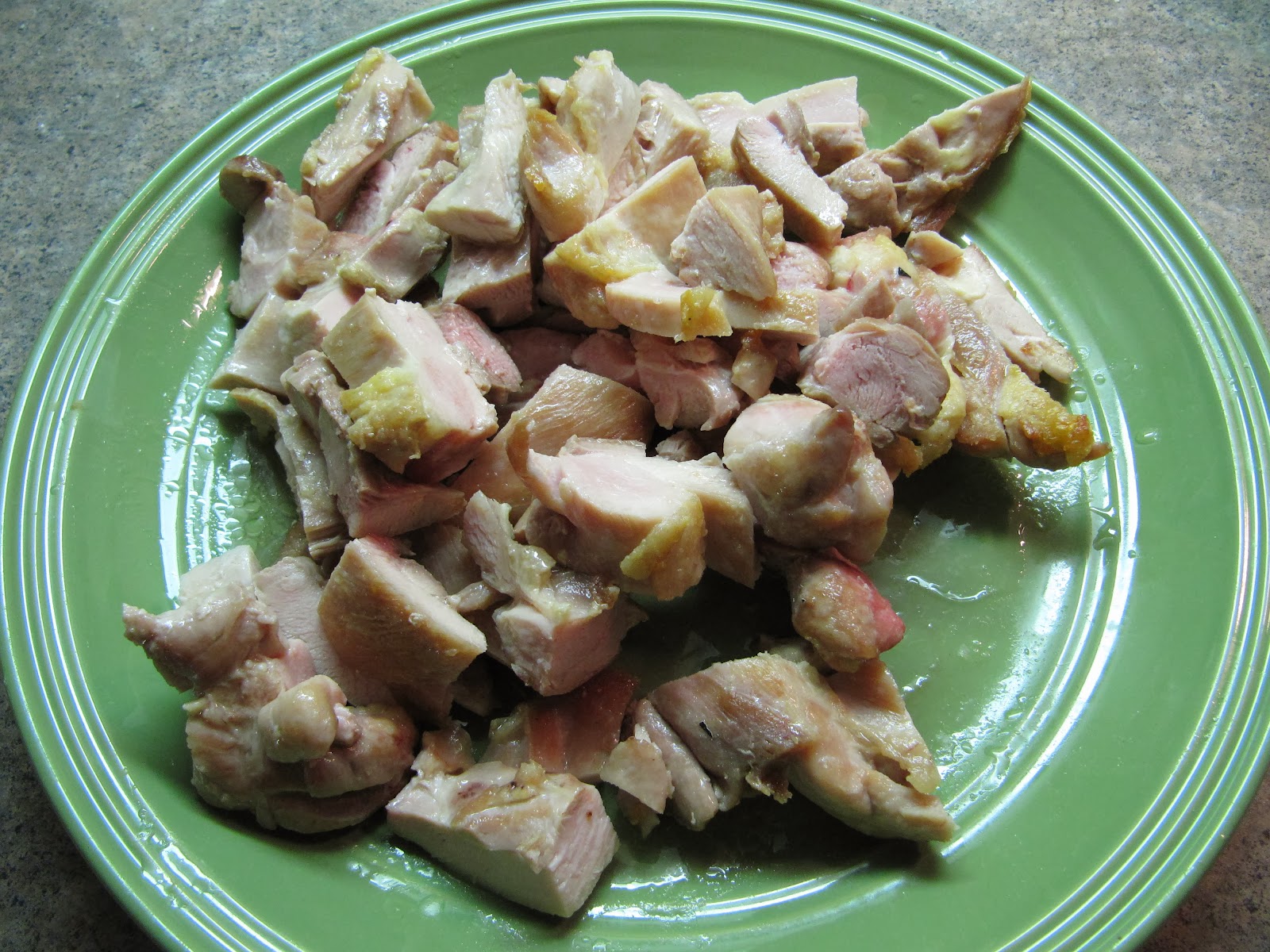 I began by searing chicken thighs in a pan on both sides, then cutting up into chunks.  I left these to the side while I put other ingredients together. 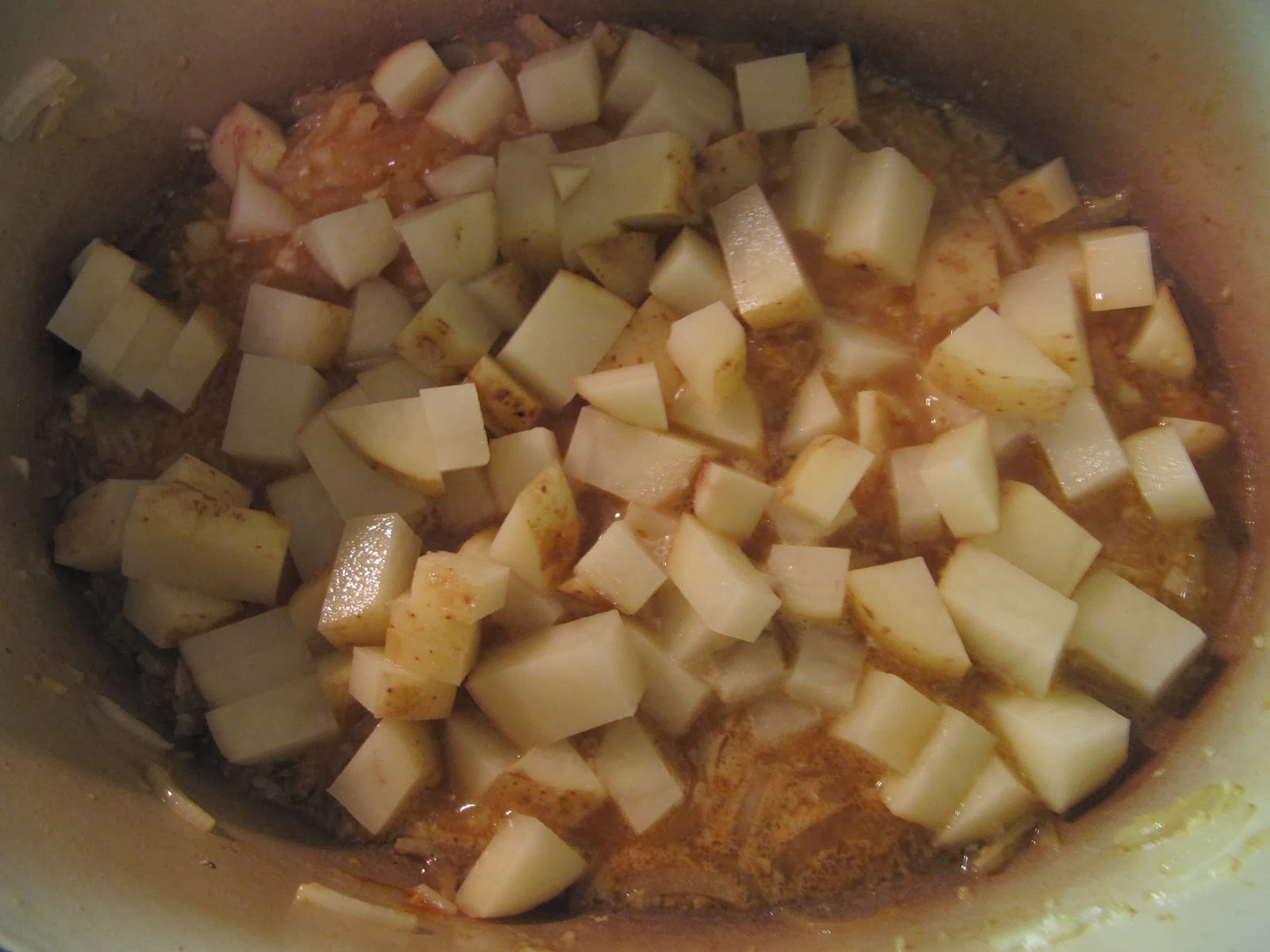 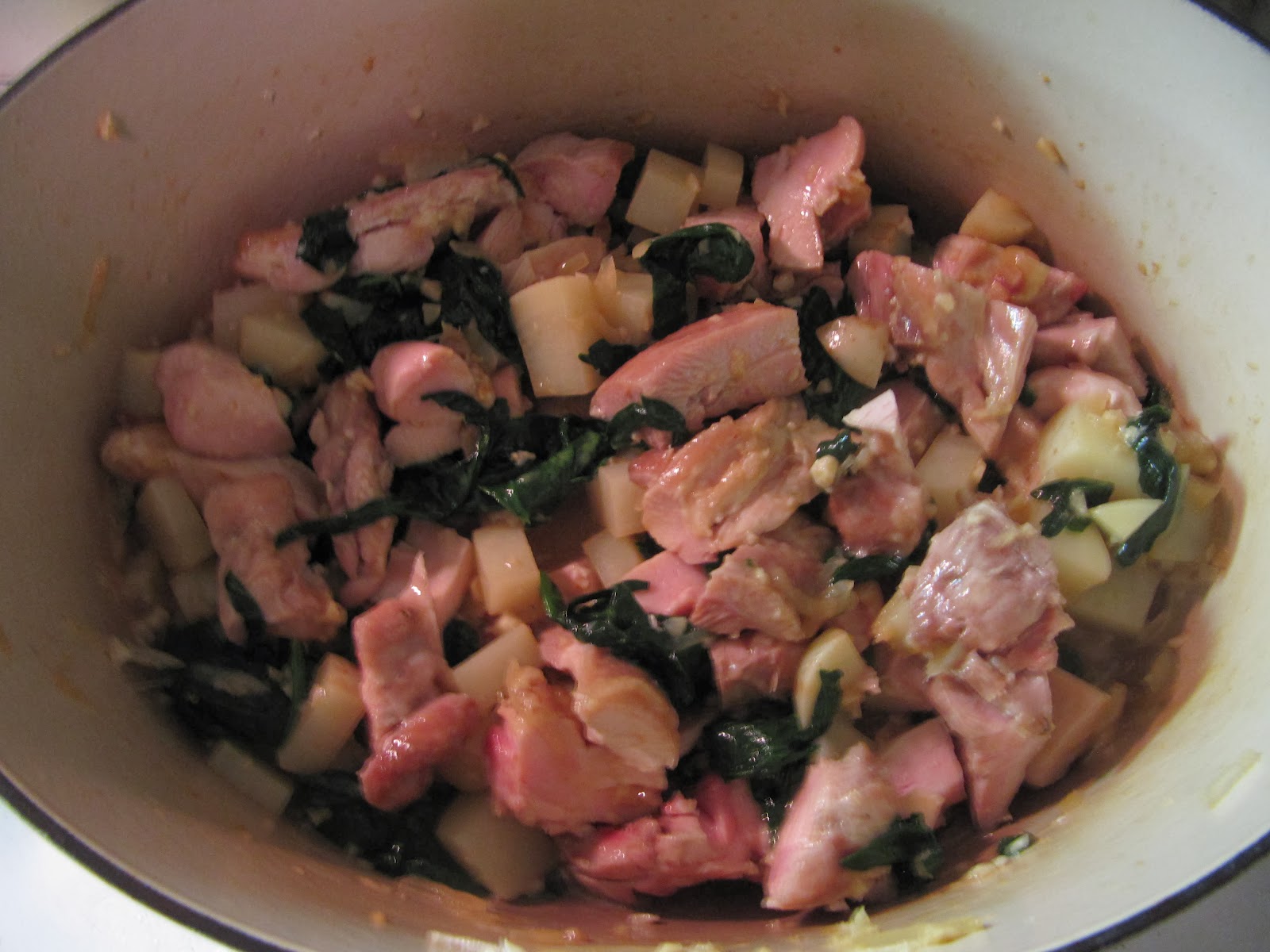 After removing the chicken, I fried onion and garlic and deglazed with beer.  I then added potatoes and spinach, before returning the chicken to the pot. To create the sauce, I blended the rest of the beer with 2 chipotles, cumin, thyme and a bit of sugar. I poured this over the chicken and vegetable and let simmer.  I then turned off the heat and tempered the yogurt by adding a bit at a time and stirring quickly so it doesn't curdle. I didn't have a specific ratio in mind other than I wanted to cool down the heat from the chiles significantly. Once combined, turned the heat back on and let it simmer on low. 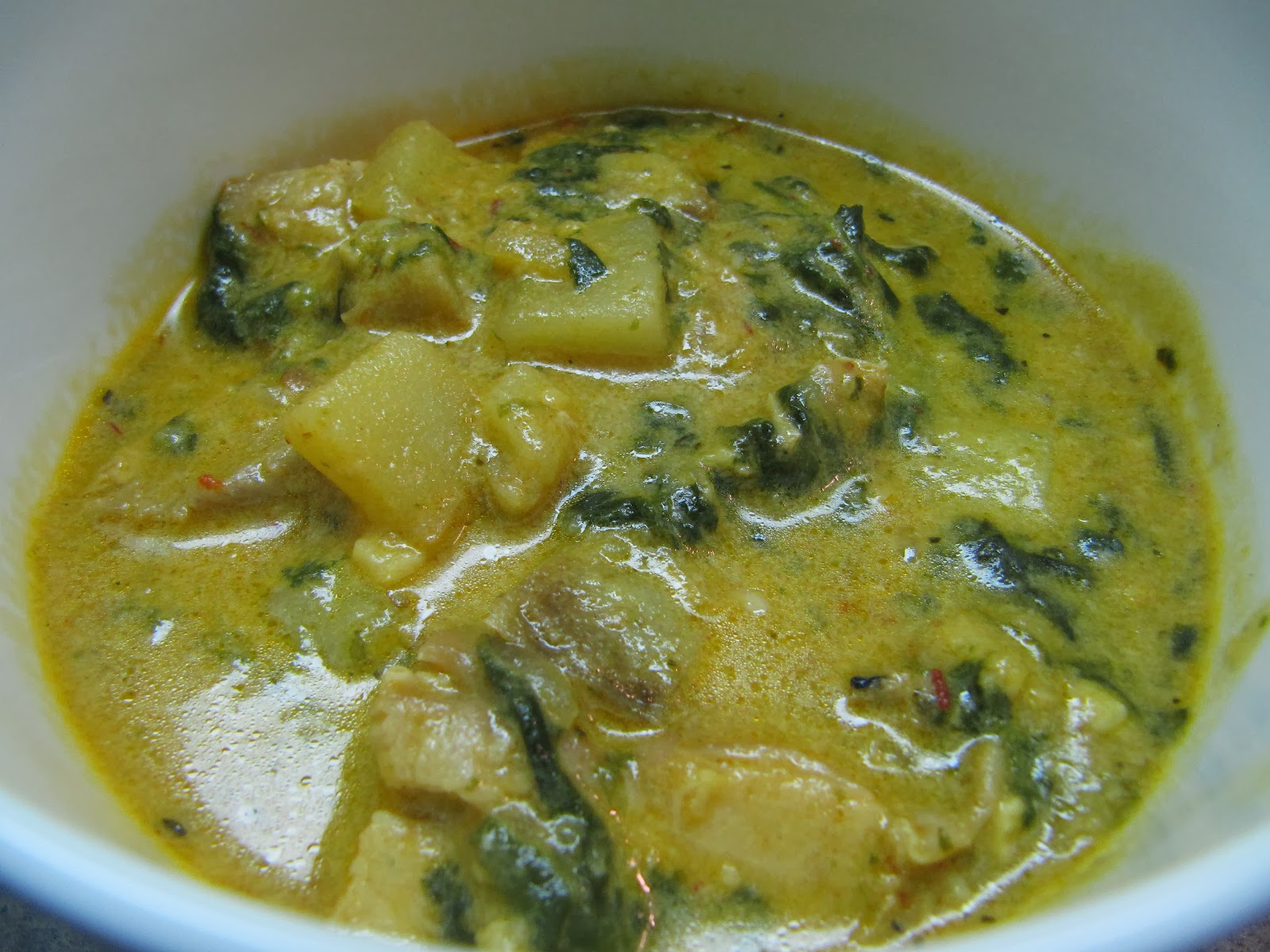 The sauce was creamy and rich and actually still retained a good deal of heat. I would've liked to have much more spinach and plan to add two bunches next time instead of one. For dinner tonight, I served this dish topped with black beans, cilantro, lime juice and some cotija cheese.  I really liked the texture of the beans mixed into the creamy sauce.  The lime did a good job of balancing out the fattiness as well.

Posted by mostlybadfly at 10:43 PM