Pumpkin is one of my favorite things about fall.  It is a flavor I look forward to every year.  I picked up a sugar pumpkin at the store, not really knowing what I wanted to do with it.  Normally I would roast it and leave it at that, but I decided to take roasted pumpkin and incorporate it into a bread pudding. 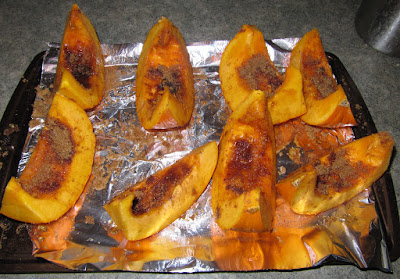 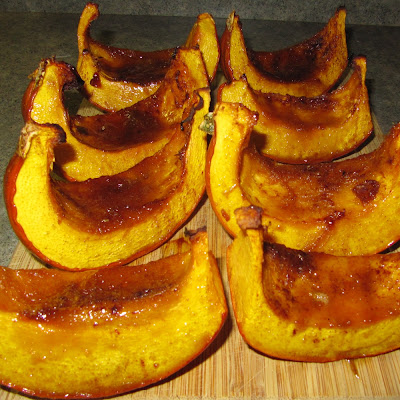 I removed the skin from the pumpkin and I placed the cooked pieces in a blender with eggs, half and half, sugar and cinnamon.  I blended this combination until smooth and set aside while I cut my bread.  I used a day old country style sourdough bread.  Any day old crusty bread works to soak up all the liquid from the pumpkin mixture.  I cut the bread into large cubes and placed them in a deep pan.  I covered the bread with the pumpkin mixture and let this soak in for 10 minutes. 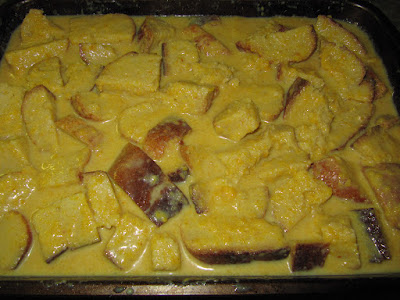 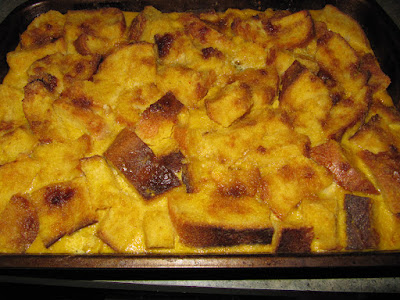 The flavor of pumpkin, cinnamon, and ginger really stood out making this a perfect fall dessert. 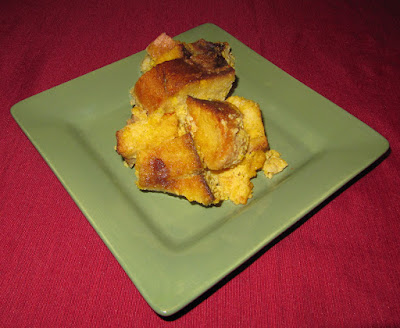 Posted by mostlybadfly at 7:51 PM